葛飾北斎 (Katsushika Hokusai, 1760 – 1849) could perhaps be called the world’s best known Japanese artist, and his fame abroad grew in large part due to the Japonisme boom sweeping through the West. In particular, many art critics and artists found Hokusai’s work inspiring. One artist in particular experimenting with new methods of expression was Paul Cézanne (1839 – 1906), and the French Post-Impressionist painter seems to have taken a page from Hokusai’s book in regards to a certain motif, the mountain.

Hokusai influenced not just the composition of Cézanne’s “La Montagne Sainte-Victoire”, but also the idea of painting the mountain repeatedly at different times, from different places. 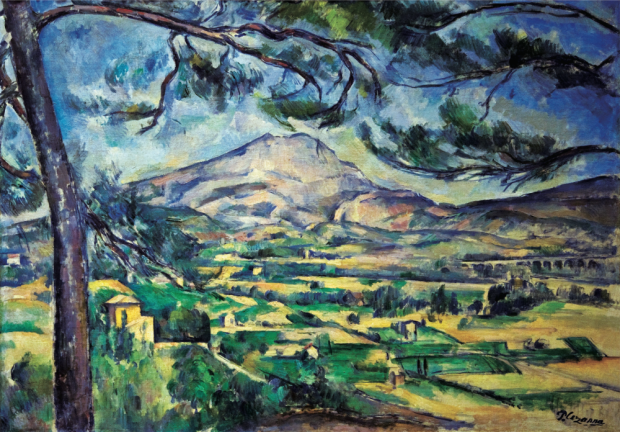 “La Montagne Sainte-Victoire”, or “Mont Sainte-Victoire” as it is called in English, is a motif that Paul Cézanne painted throughout his lifetime. In the Katsushika Hokusai’s “Mishima Pass in Kai Province” from the Thirty-six Views of Mount Fuji series, a large Japanese cedar is depicted towering before the figure of Mount Fuji. We find a similar composition in this work, with a pine tree arranged before Mont Sainte-Victoire.

Paul Cézanne forged new frontiers in the world of art as he led the transition from Impressionism to Cubism with his still-life and landscape paintings. Picasso, Matisse, and other world-famous painters active at the beginning of the 20th century have hailed the French artist as “the father of us all”.

While it may be difficult to imagine more than just a few connections between Cézanne and Japanese 浮世絵 (ukiyo-e, a genre of art during the 17th-19th century), the opposite holds true. A fascinating number of parallels arise from comparing the works of Cézanne and the genius ukiyo-e master, Katsushika Hokusai, whose works introduced Edo Japan (1603-1868) to the rest of the world.

It is thought that Hokusai’s Thirty-six Views of Mount Fuji series greatly influenced what is regarded as one of Cézanne’s masterpieces, the Mont Sainte-Victoire series of oil paintings. The use of a mountain as his subject and the adoption of bold compositions are both techniques straight from Hokusai. In addition, the idea itself of portraying a mountain repeatedly in a series is said to have originated with Hokusai.

And now, for the comparison. Can you see the similarities?

Painting elaborate planes of color as homage to his beloved hometown, Cézanne and Mont Sainte-Victoire 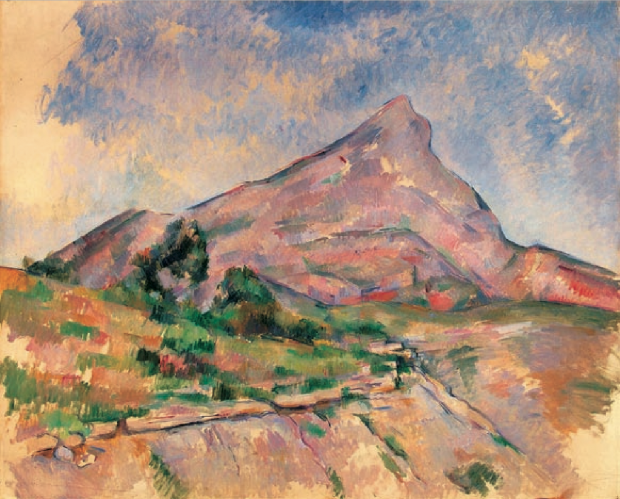 Cézanne began drawing Mont Sainte-Victoire around 1870 and from 1880 on, he continued to feature the mountain that overlooked the valley of his hometown in a series of paintings. In a letter to his childhood friend, the French novelist and journalist Émile Nola, Cézanne described Mont Sainte-Victoire as “beau motif” – a beautiful motif. The heavy use of red colors in this piece brings to mind Hokusai’s 「凱風快晴」 (“South Wind, Clear Sky,” also known as “Red Fuji”). 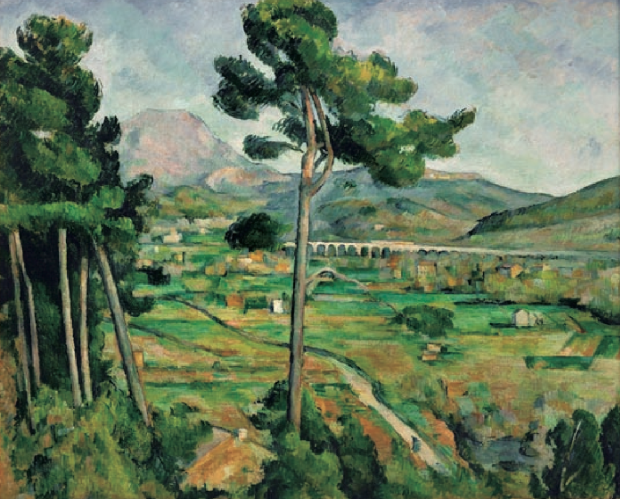 Cézanne was born and raised in Aix-en-Provence located in southern France. It is also where the artist set up his atelier and spent his final days painting. This work features Mont Sainte-Victoire and a railway bridge that spans the Arc River running through Cézanne’s beloved Aix. 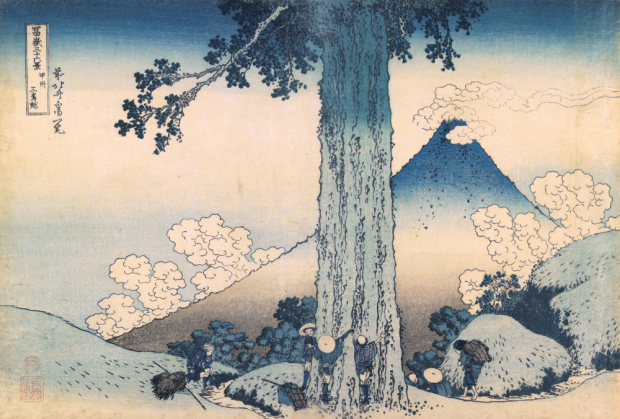 This is one of the most famous masterpieces by Katsushika Hokusai, a name familiar to nearly all Japanese, and the man who influenced many other great artists of the world. In the center of the image, Hokusai boldly placed a gigantic tree. He included the diminutive figures of travelers attempting to measure the giant’s trunk as a clever compositional technique to emphasize the grand scale of the tree.

The original, the omnipresent peak of holy Mount Fuji 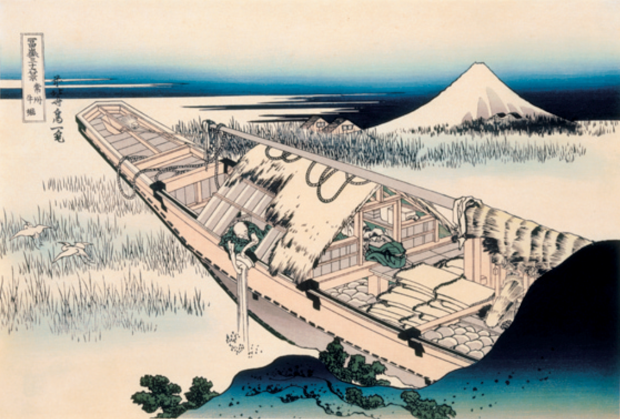 Among the immensely popular series known for its striking compositions, including famous works by Hokusai such as the “Great Wave off Kanagawa” and “Fuji View Field in Owari Province”, this print stands out with its bold and extremely distorted configuration. Certain elements such as the boat appear unbalanced and near the point of collapse, however, as only Hokusai can, the artist manages to create a cohesive picture with the inclusion of stable elements. 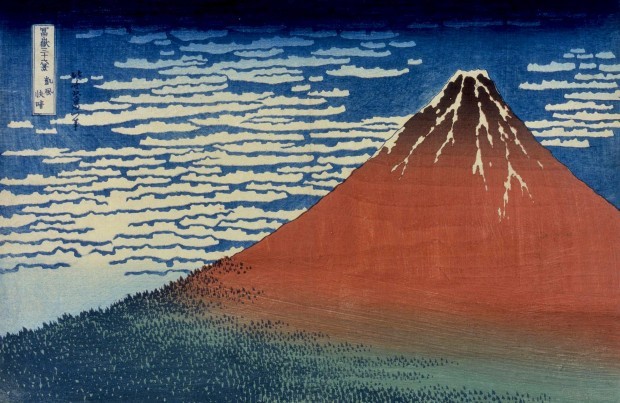 Mount Fuji appears to be dyed red in the early mornings of summer to autumn. Thanks to its simple composition and limited color palette, this peerless work clearly expresses the majesty of Mount Fuji. This image not only exemplifies Hokusai’s brilliance, but it also went on to impress and influence the Impressionists.