Have fun spotting the differences! 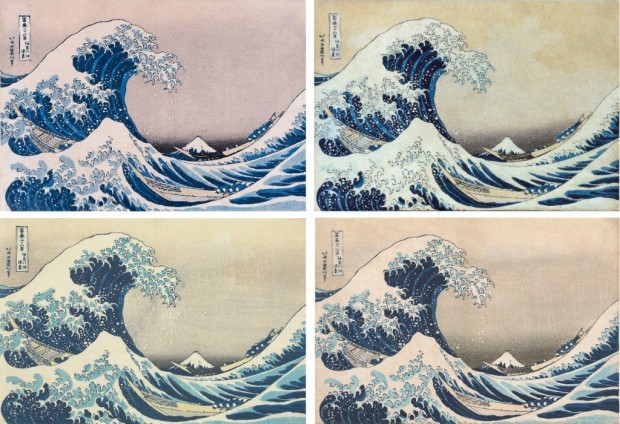 「神奈川沖浪裏」 (“The Great Wave off Kanagawa”), the renowned woodblock image that is synonymous with Japanese art for many people around the world designed by 葛飾 北斎 (Katsushika Hokusai, 1760-1849), is believed to have been used to make thousands of copies in the mid-19th century. Today, a much smaller number of original impressions survive, but there are enough to add another dimension of pleasure in relishing this masterpiece—namely, looking for the subtle differences that resulted from different printing runs. Here are four images from various galleries in Japan for you to check out these contrasts and see how “The Great Wave” is still making a splash today. 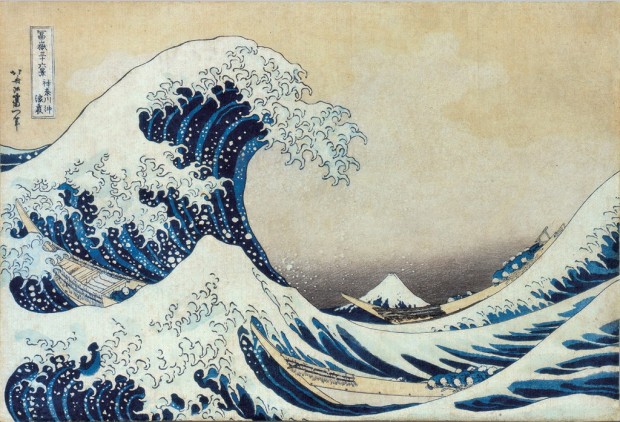 Opened last year as a gallery exclusively dedicated to Hokusai’s art, this museum has an early impression of “The Great Wave” that was printed in 1831. Mt. Fuji’s elegant form is accentuated by the waves and the crisp shading of the clouds and the sky. This particular print was displayed earlier this summer as part of an ongoing exhibition (till August 20) of works from Hokusai’s 『富嶽三十六景』 (Thirty-six Views of Mount Fuji) and 『富嶽百景』 (One Hundred Views of Mount Fuji) series.

Tempestuous waves and a cloudy sky create a sense of drama 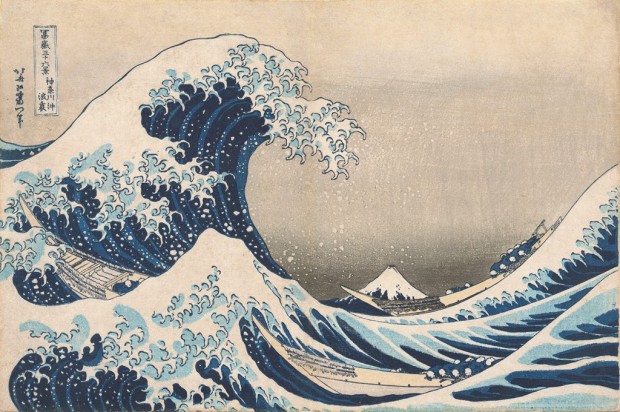 Printed sometime around 1830-1832, this impression features starkly white wave crests that fill the image with an air of tension. The boats at the mercy of the enormous wave are 押送船 (oshiokuri-bune), which transported fresh fish and vegetables from places such as Izu and Awa (today’s Chiba Prefecture) to Nihonbashi and other markets in Edo Bay. Hokusai’s image depicts a perspective from the waters off what is now Yokohama’s Kanagawa Ward, with one theory being that it is a view of Edo Bay from somewhere around Kisarazu in Chiba. 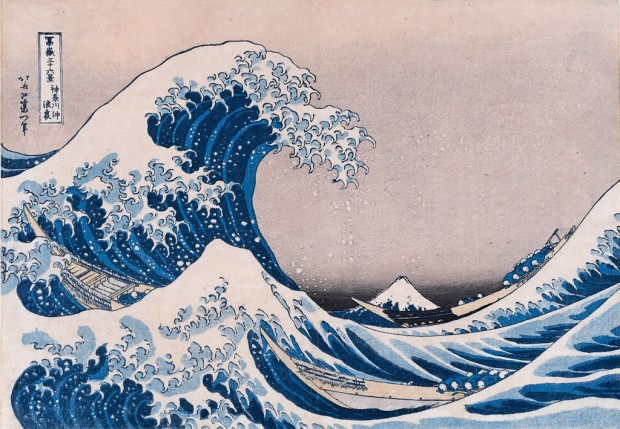 The print at Yamagata Museum of Art is an impression from 1831. “The Great Wave” is part of the series Thirty-six Views of Mount Fuji, which represents a good example of contemporary works rendered in Prussian blue, a synthetic pigment imported from the West that exploded in popularity among Japanese artists in the early half of the 1800s. This impression in particular radiates with a beautifully vibrant blue that makes you think you’re gazing upon the actual sea. 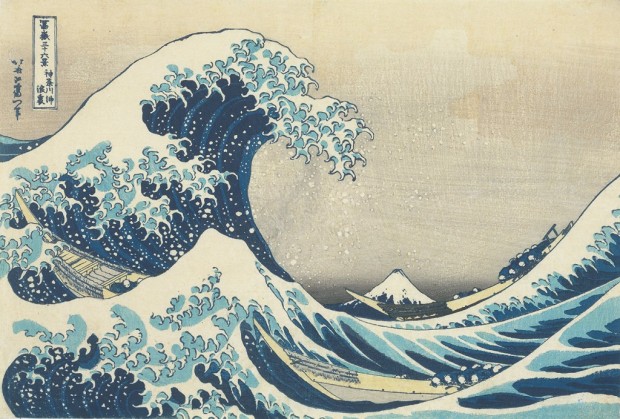 This museum was established to house 浮世絵 (ukiyo-e, “pictures of the floating world”), Asian ceramics, and other art collected and donated by entrepreneur 浦上敏朗 (Toshiro Uragami), a native of Hagi, Yamaguchi Prefecture. Celebrated for its well-preserved condition, the Uragami collection includes some 5,500 ukiyo-e masterpieces by the likes of Hokusai, 歌川広重 (Utagawa Hiroshige, 1797-1858), and 歌川国芳 (Utagawa Kuniyoshi, 1797-1861). This impression stands out for the rich shading of the sky and how it exudes an indescribable melancholy with its depiction of the massive wave poised to engulf the hapless boats like a fierce beast.