In our previous article, we followed in the footsteps of the famous Japanese artist, 葛飾北斎 (Katsushika Hokusai, 1760-1849) in Obuse from Gansho-in to Hokusai-Kan, but why did Hokusai push his aging body so hard to go deep into the mountains of Shinshu?

Takai Kozan was born and raised in Obuse, the son of a wealthy merchant family. He later studied academics and arts in Kyoto before moving to Edo (today’s Tokyo) and forming a wide range of contacts. There are various theories about how Takai and Hokusai came to know each other, even including the suggestion that Hokusai had borrowed money from Juhachiya, a well-to-do merchant house that had its home in Obuse. The truth, however, remains a mystery.

Another question, however, is even more perplexing: Why would Hokusai ever decide to brave the trying trip to visit Obuse four times after turning eighty? 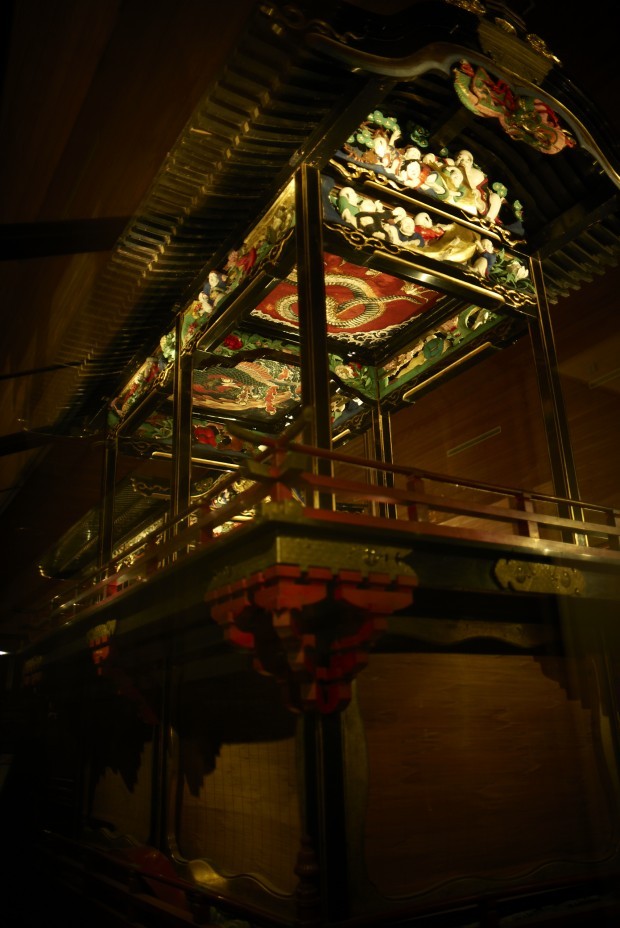 This is the magnificent Higashimachi festival float displayed at Hokusai-kan. The Dragon and Phoenix paintings are described in a previous article.

Even if riding a horse or being carried by palanquin, any traveler would find the journey to Shinshu (today’s Nagano Prefecture) long and hard. A little background to those times may make this puzzle easier to solve.

In 1833, around the time that Hokusai turned eighty, his world entered an age of famine and chaos, and Japan’s military government decisively undertook a set of reforms to restore order. The government prohibited frivolously wasteful activities as a means to enforce discipline, which placed severe limits on entertainment such as kabuki and musical performances, and on ukiyo-e as well.

Faced with the inability to draw as he wished, Hokusai made up his mind to leave Edo. He had been well treated by the wealthy merchant Takai Kozan, but Takai had returned to Obuse to carry on the family after the death of his father, and when he invited Hokusai to visit, Hokusai decided to head to Obuse. 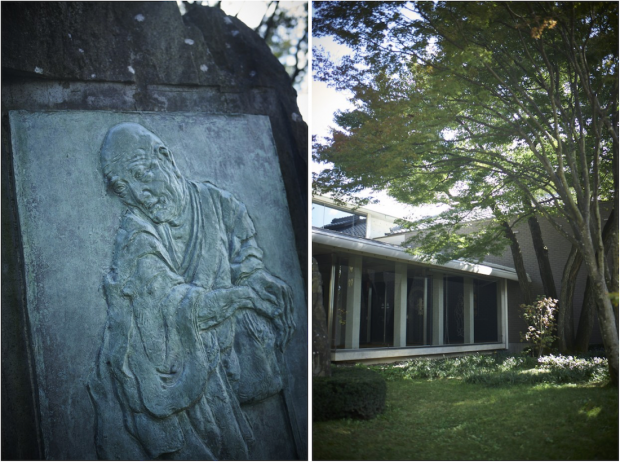