A Look into the Imagination of Kyōsai, Japan’s “Intoxicated Demon of Painting”

Recently, the Japanese artist Kawanabe Kyōsai has been gaining interest and acclaim throughout both Japan and the world. In 2017, the extensive Israel Goldman Collection toured through Japan with stops in Tokyo, Kyoto, and Ishikawa. Let’s take a look at the imaginative works of Japan’s “Intoxicated Demon of Painting” to discover his appeal. 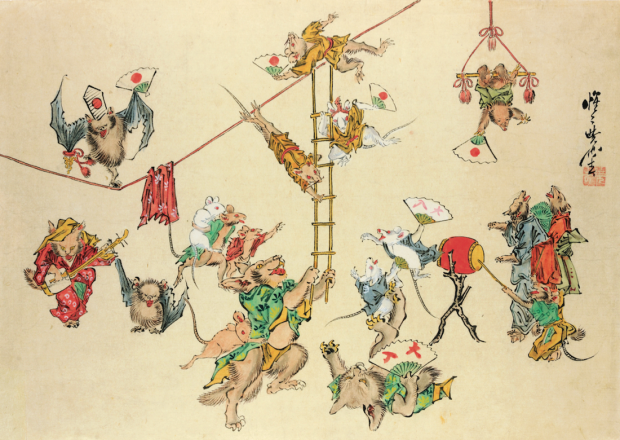 Who is the “Intoxicated Demon of Painting?”

Kawanabe Kyōsai (1831-1889), the self-proclaimed “Intoxicated Demon of Painting,” was known both as a lover of sake and as a master in all genres of paintings. 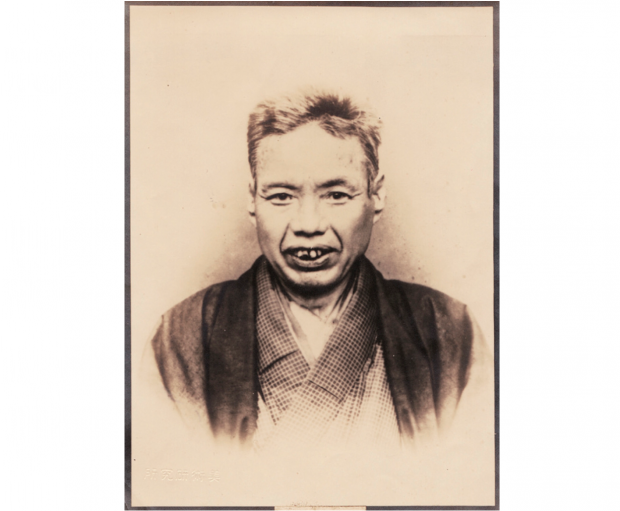 An image of Kawanabe Kyōsai taken before 1889.

Born as the son of a samurai and living during the transition of Japan as a feudal land in the Edo period (1603-1868) to a modern country in the Meiji period (1868-1912), Kyōsai’s works expressed not only his wild spirit but also the changing times.

A frog lover for life 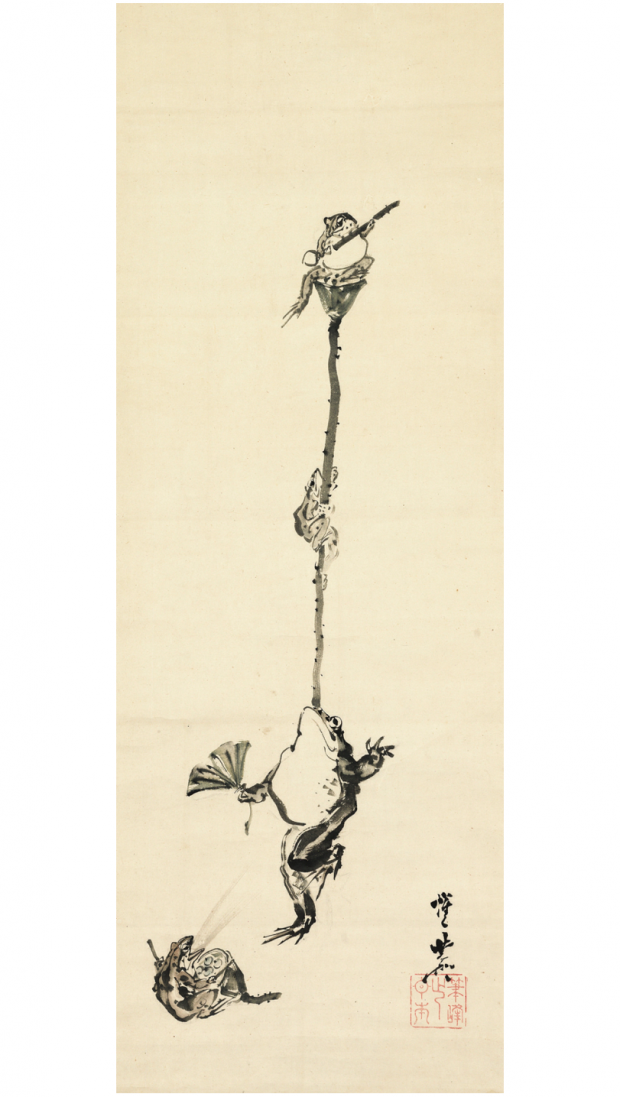 “Frog acrobats” by Kawanabe Kyōsai circa 1871-89, ink and color on paper, in the Israel Goldman Collection.

At the young age of three, Kyōsai is said to have been charmed by a frog on his journey in the countryside and drew it as soon as he reached his mother’s hometown. The artist claims that this was his first observational sketch, and he would go on to create remarkably realistic paintings drawn from life as well as many images featuring animals, especially frogs. From that moment on, Kyōsai seems to have developed an affinity for the amphibians and they star in many of his caricatures.

Learned in both the new and old traditions

Kyōsai’s works spanned a large range of genres, as did his art education. At the age of six, he studied under the ukiyo-e master Utagawa Kuniyoshi for two years, and then under two traditional Japanese painters in the Kanō School lineage. By working with both ukiyo-e and traditional Japanese paintings, Kyōsai’s works were a fusion of the two worlds – his ukiyo-e and caricatures featured great technical skill while his paintings were imbued with great humor and exuberance.

Who are his adorable animal characters? What do they mean?

The appeal of Kyōsai’s animal paintings lie in the amazing yet believable anthropomorphization of various creatures. While he was undoubtedly inspired by the people-like animals and their humorous antics in the “Chōjū-jinbutsu-giga (Scrolls of Frolicking Animals and Humans),” which was often copied by students of the Kanō school as practice, Kyōsai’s images belie a close study of creatures and their movements. Though his animals do act out some incredible poses, Kyōsai’s knowledge of anatomy from observation gives his drawings a realism not found elsewhere. 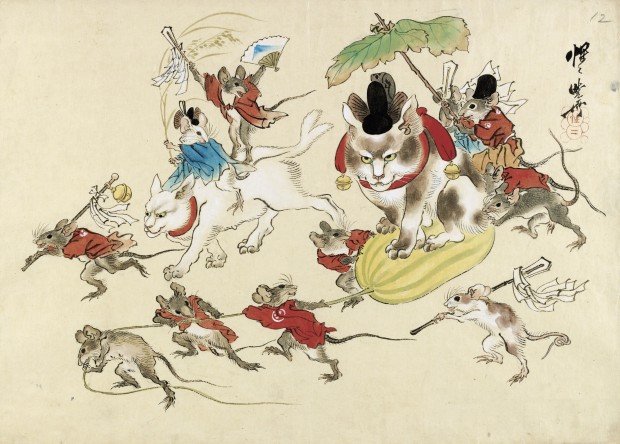 In addition, Kyōsai’s attention to detail from the various expressions of his animals, their recognizably very human antics, and the unique compositions and angles which the artist employs, bestow a special charm to his animal caricatures.

Why did Kyōsai personify animals though? The painter often criticized modern society through caricatures, and it is said that his animals reveal the unchanging spirit of human nature despite the surrounding tumultuous political and social situation. Using animals afforded Kyōsai with a dynamism and affectionately comical way to present both his political views as well as his truly original imagination.

Can a frog pull a rickshaw?! The amazing creativity of Kyōsai! 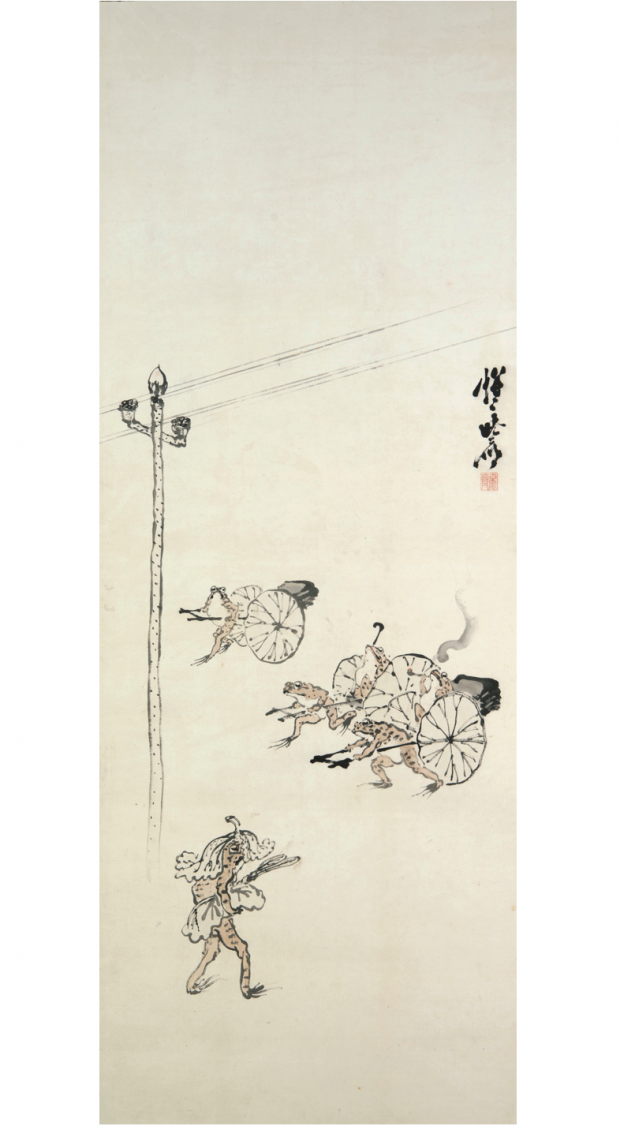 “Frogs and telegraph pole” by Kawanabe Kyōsai circa 1871-89, ink and light color on paper, in the Israel Goldman Collection.

In this fascinating painting, Kyōsai has created a miniature copy of the human world populated by his favorite frogs! Two frogs casually smoke tobacco while seated in rickshaws made from round lotus leaves and pulled by fellow amphibians. Kyōsai always incorporated compelling details in his works, and in this example too, it appears that the telegraph poles are made of lotus flower stalks!

This piece by Kyōsai is believed to have been drawn impromptu by the request of a client at some banquet or another. If you look carefully, you can see a blank line near the neck and shoulder of the elephant that runs down through paper. It was probably created from the edge of a tatami mat on which the paper was laid as the artist painted. Within the scene, a gentle-looking elephant reaches out its trunk to a raccoon dog sitting in the bottom left corner. 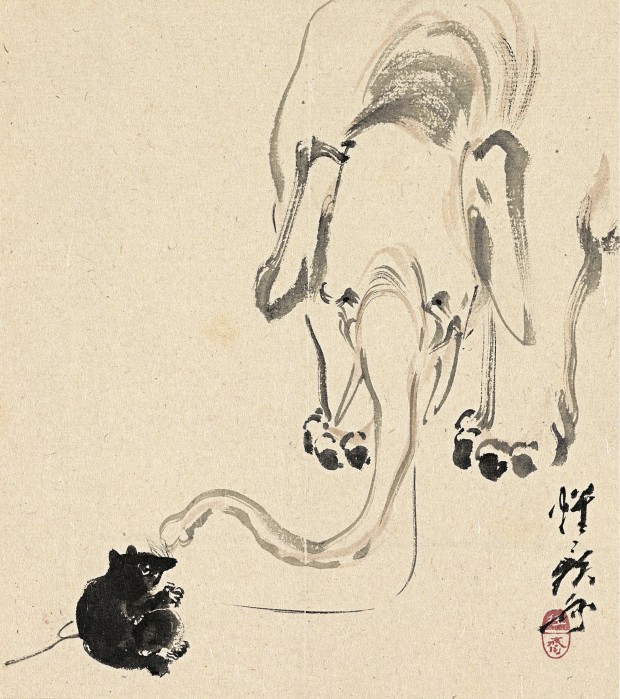 “Elephant and raccoon dog” by Kawanabe Kyōsai before 1871, ink and light color on paper, part of the Israel Goldman Collection.

The playful antics of the elephant give this piece a warm and pleasant impression as well as bestow the creatures with a believable presence.