Taking a look through Utagawa Kuniyoshi’s extensive works, three things become quite apparent: 1) the artist possessed a wide range of talents including great drawing skills, 2) he was obsessed with cats, and 3) he imbued many of his works with a playful humor. Below we take a look at one of the artist’s prints that exemplifies all three of these qualities.

Most of us have played with hand shadow puppets as children, and the Japanese townspeople of the Edo period (1603-1868) had a similar type of play centuries ago, too. People would sit before a shoji paper screen of a sliding door with a light behind them, and twist their hands and arms into various combinations of shapes to make bird and animal-shaped shadows appear on the papered door. The print master Utagawa Kuniyoshi applied the idea of this game to ukiyo-e prints and created a category called kage-e asobi, meaning shadow picture play. Can you guess what are behind these silhouettes?

▼ Move the slider to compare images! 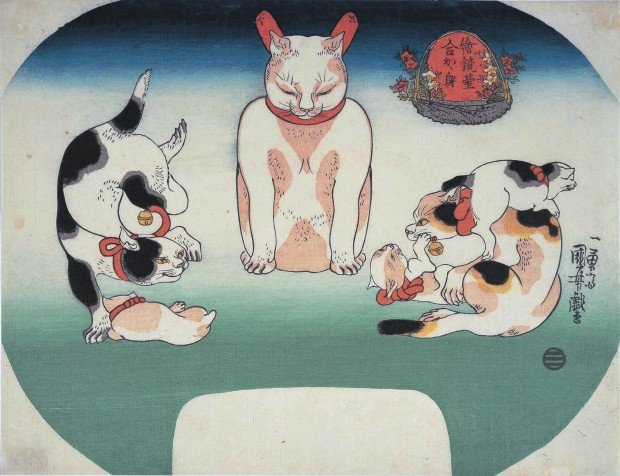 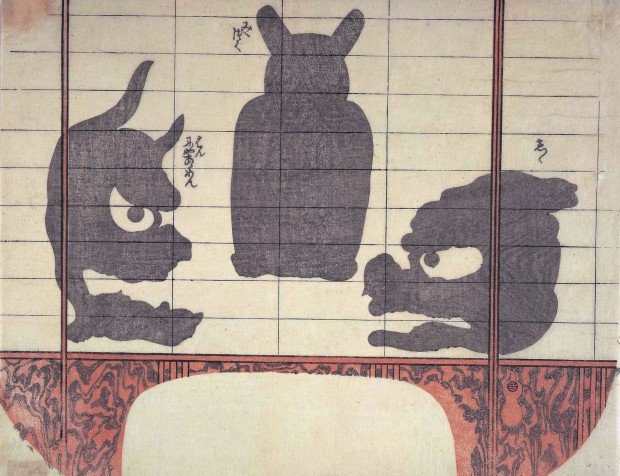 More about this fun-loving, cat-crazy artist

The artist Kuniyoshi’s dynamic illustrations span a variety of genres, from stirring warrior portraits to fantastical drawings of ghosts. Leaving almost no subject left unchallenged by his brush, Kuniyoshi magnificently displayed his plucky Edokko spirit and wit. Aside from possessing great drawing skills, the artist also reportedly enjoyed producing works that surprised or brought out laughs from his viewers. One cannot help but smile and be charmed by the playful enthusiasm of the artist’s works. 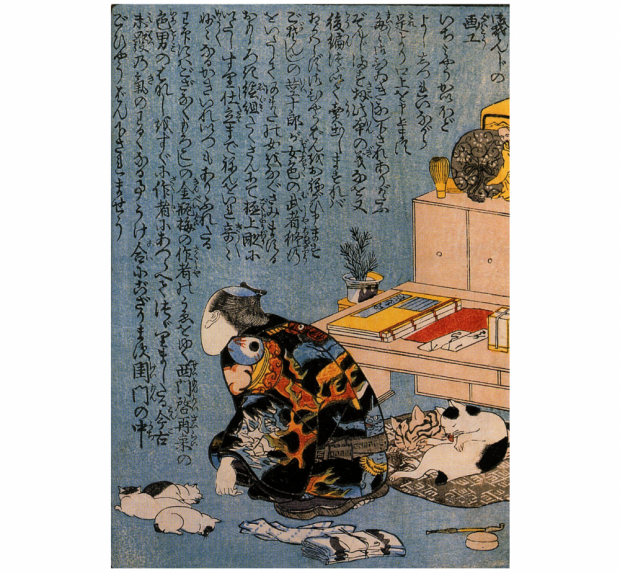 The self-portrait of Utagawa Kuniyoshi from the shunga album Chinpen shinkeibai, 1839, of course depicts the artist surrounded by feline companions. Public domain image from Wikimedia Commons.

Among these humorous drawings in particular, is a piece depicting cats quite unlike any other. Kuniyoshi’s love for cats was notoriously unrivaled, and he nearly always had a feline by his side. The artist also often added kittens into his pictures, too. Therefore, it’s very fitting that in this work, Kuniyoshi arranged his favorite subjects into this playful image. The cat lover’s careful observation of felines and their behavior allowed him to portray their various expressions and creative poses as displayed here.

Behind the fearsome demon mask lies… a pair of cats! 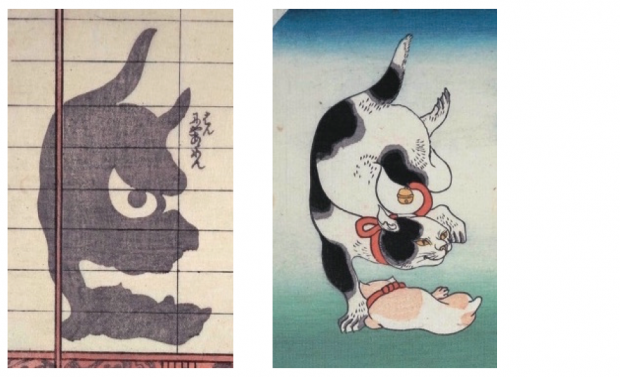 The distinctive shape of Japanese Noh theatre mask called “hannya no men” can be discerned from this silhouette. The hannya mask represents souls of women who have transformed into leering horned demons from fits of jealousy. In Japanese culture, cats cry “nya, nya” and the usage of a hannya mask can be understood as a sort of pun. These tongue-in-cheek jokes are characteristic of Kuniyoshi. Perhaps most admirable though is the artist’s imagination in coming up with such an extraordinary combination of cat poses to recreate the mask’s shadow!

Next to the bird’s shadow, “mimizuku” (meaning horned owl) is written but… 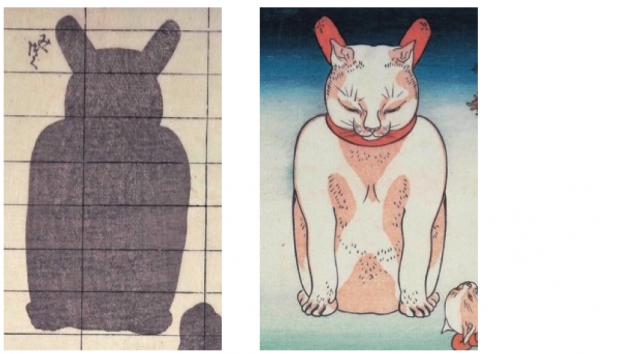 Though this figure seems easy to recreate with one’s own hands, contrary to our expectations, the owl’s silhouette belongs to a seated cat. The ends of a red ribbon tied around its neck produce the familiar tufted ear shape of the large bird of prey. We wonder though, did Kuniyoshi tie ribbons around his pet cats in a similar fashion?

The silhouette is of a lion but… who could have guessed cats were behind such a pose?!

You may recognize the silhouette reflected on the sliding paper door as one of the fearsome yet cute face of Japanese guardian lion dogs seen at some Shinto shrines. To create this shape, Kuniyoshi depicted 3 cats in almost acrobatic-like poses. Only someone so endeared by cats could come up with such an astonishing combination, including the addition of a decorative bell around one cat’s neck to serve as the eye of the lion.