At the International Exhibition at Paris, Ukiyo-e was the Star of a New Era of Painting

The 1867 Paris Expo was the commemorative turning point for Japanese art. Works exhibited from Japan, centering on 浮世絵 (ukiyo-e, a genre of commoner art from the 17th to 19th century) and including paintings from the 琳派 (Rimpa style of traditional Japanese painting) as well as crafts, were all fresh, beautiful, and fascinating in the eye of European artists. It shook the French art world in particular, and eventually gave birth to a new trend of aesthetics known as Japonisme.

Japonisme not only had an impact on painting, centering on the Impressionists, but went on to affect the crafts and music world, too. One artist in particular who inspired many was 葛飾北斎 (Katsushika Hokusai, 1760-1849). Hokusai’s wide sphere of influence can be clearly noted in the works of Émile Gallé (1846-1904), a glassmaker who was one of the central figures in the French Art Nouveau movement, a style of decorative art that incorporated the essence of Japonisme. 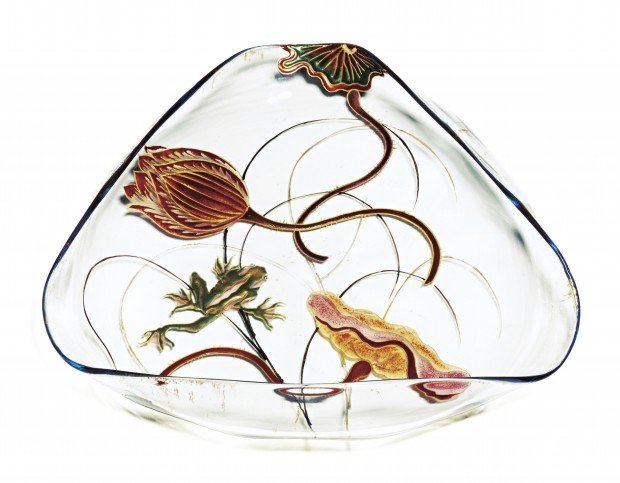 Coupe by Émile Gallé. The glass version of “Hokusai Manga” is a virtual rendition of a frog enjoying the water. Photo: RMN-Grand Palais (Musée d’Orsay) / Jean Schormans / distributed by AMF-DNPartcom

It is believed that the creativity of glass artist Émile Gallé, who continued to lead the Art Nouveau movement, was cultivated in particular through Hokusai’s collection of miscellaneous sketches called 『北斎漫画』 (“Hokusai Manga”).

Gallé, who succeeded his father to become a glass craftsman, exhibited “A la Carpe,” a culminating work of Japonism, at the 1878 International Exhibition in Paris. As the carp used as the subject matter on the vase is a very uncommon fish in Europe, it has been pointed out that it was based on the image of the carp appearing in the sketch of “Gyoran Kannon (Fish Basket Kannon)” in “Hokusai Manga, Volume 13.” It appears that Gallé obtained many ideas from Hokusai, including glassware with drawings of the frogs appearing in the first volume of “Hokusai Manga,” both of which are pictured below. 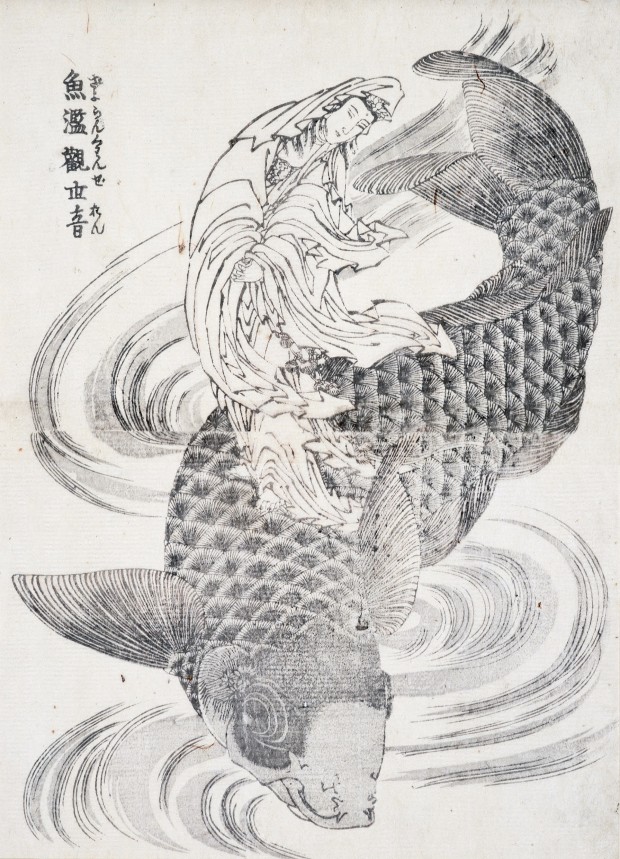 It is believed that Gallé actually possessed a volume of “Hokusai Manga.” It has been conjectured that he purchased a volume that was put on sale after the closing of the 1867 Paris Expo. It would not be an exaggeration to say that Gallé, as the artist most strongly influenced by “Hokusai Manga” and who sublimated this to beautiful three-dimensional form, was able promote the decorative art style—Art Nouveau—because he was able to tap into Hokusai’s superb sense of design. 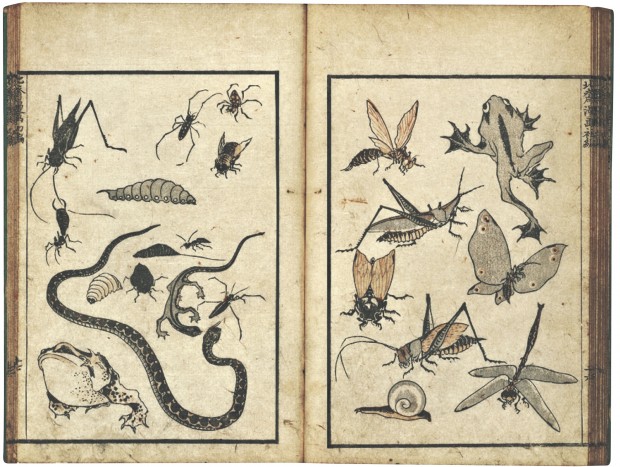 As can be noted by the success of Félix Bracquemond and Gallé, the Paris International Exhibition at that time was an important platform for disseminating information on the arts. Recognition and the influence of Japanese art expanded with each holding of the Expo: 1867, the year works were exhibited by the Tokugawa shogunate; 1878, the year that had the participation of the Meiji government, thus making the Expo a national endeavor; 1889, the year the Eiffel Tower was completed; and 1900, the opening year of the new exhibition hall, Galeries Nationales du Grand Palais.

In the field of painting, Manet was quick to incorporate the methodology of ukiyo-e, and was followed by Monet, Degas, and Cezanne, who began engaging in serial works along the lines of Hokusai’s 『富嶽三十六景』 (Thirty-six Views of Mount Fuji) series. Paul Gauguin and Alfred Sisley were also able to discover a new direction for painting from ukiyo-e. Monet, who was particularly enthusiastic about Hokusai, won fame as well for his prominent collection of Japanese art, and even built his own Japanese garden at his home in Giverny.

Representing the next generation, post-Impressionist Vincent van Gogh did not even attempt to hide the influence of Hokusai and ukiyo-e on his work. In regards to the Art Nouveau, artists like Henri de Toulouse-Lautrec and Alphonse Mucha—who focused on design and demonstrated their superb talent in the new medium of posters—drew inspiration from ukiyo-e to further develop the graphic design-like elements of Art Nouveau.

From these examples, we can see that both Hokusai and ukiyo-e were indispensable in the formation of Western modern art movements.