What is Wabi-Sabi? Discovering the Japanese Aesthetic in an Unlikely Pair

The intensity and wholesome quality of soil can be felt in these forms. This tea bowl and the Sagrada Família capture the beauty of earth. 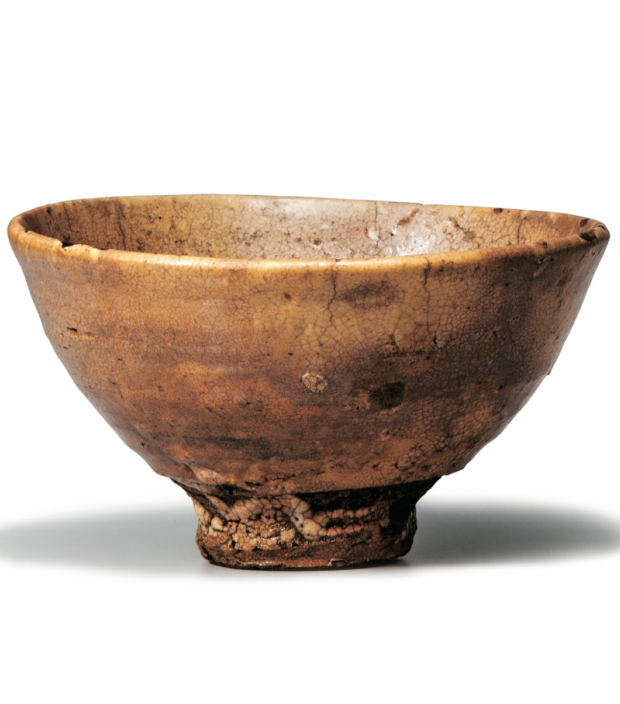 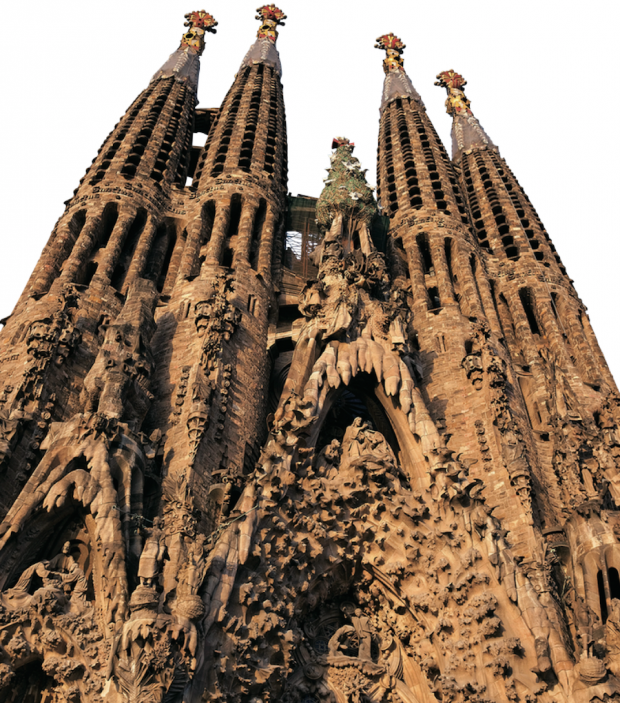 Move the slider to compare the two!

You may have heard of this term before used to describe traditional Japanese aesthetics. The term expresses the beauty of imperfection and the pathos that all things end. Wabi evolved from expressing the loneliness of a reclusive life and living among nature to evoke the image of rustic simplicity, understated elegance, and quiet. Sabi on the other hand developed from an expression of a cold or withered nature, to refer to the graceful beauty found in impermanence and aging. Few things capture the essence of wabi-sabi better than Japanese pottery, particularly items used in tea ceremony like simple tea bowls.

It may look rough, but that’s the charm!

Wabi-cha is a style of Japanese tea ceremony that prizes the beauty found in refined simplicity and rusticity. One of the symbols of the wabi-cha aesthetic are Ido-style tea bowls which exude a peerless charm through their imperfections and patina gained over time and repeated use. The clay used to form Ido bowls is porous and easy to break. The wear and chipping of the bowls did not detract from their beauty though in the eyes of the famed warlords, Buddhist monks, and tea masters who sought the humble-looking Ido ceramics. 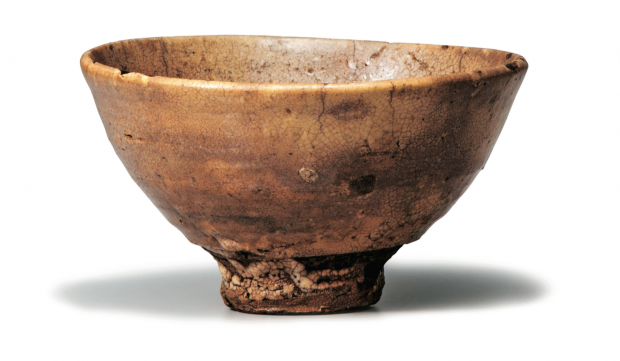 The story of a low-grade pottery turned National Treasure

Among the treasured Ido tea bowls, only one has been designated a National Treasure—the O-Ido (meaning large-sized Ido) bowl named “Kizaemon Ido.” This Ido-style bowl features an inverted triangle form and a yellowish glaze called biwa-iro (loquat color). Its tilted body and many imperfections bestow the pottery with an unassuming grace. In particular, with its rough, granular exterior and pattern of cracks, the “Kizaemon Ido” perfectly encapsulates the wabi aesthetic. The name of this bowl is derived from one of its former owners, a wealthy Osaka merchant called Takeda Kizaemon. Eventually it came into the possession of Lord Matsudaira Fumai (1751-1818) of the Izumo clan who collected tea utensils. 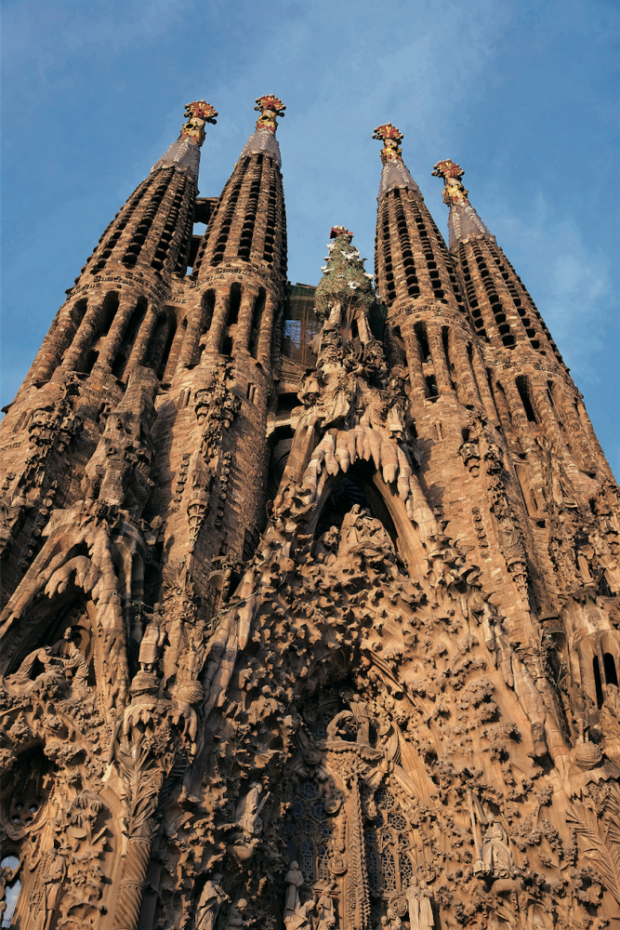 The construction of the colossal church building, the Basilica of the Sagrada Família, began in 1883 in Barcelona, Spain and continues today. The Nativity façade to the East was completed during designer Gaudí’s lifetime and has been designated as a UNESCO World Heritage Site. Drawing inspiration from nature, Gaudí’s designs for the interior feature columns and other architectural elements that mimic towering trees and plants. While the main building components include stone and brick, the church’s façade captures the rough texture of soil and earth.

A comparative look at this unlikely pair!

In the mid-16th century, tea masters discovered the unlikely allure of Goryeo Korean tea bowls made in imitation of low-grade Korean ceramics used in daily life. In particular, the simple yet powerful Ido-style tea bowls were greatly admired. The soft loquat-colored glaze, its granular, and the rough texture of earth of this bowl were considered exquisite. 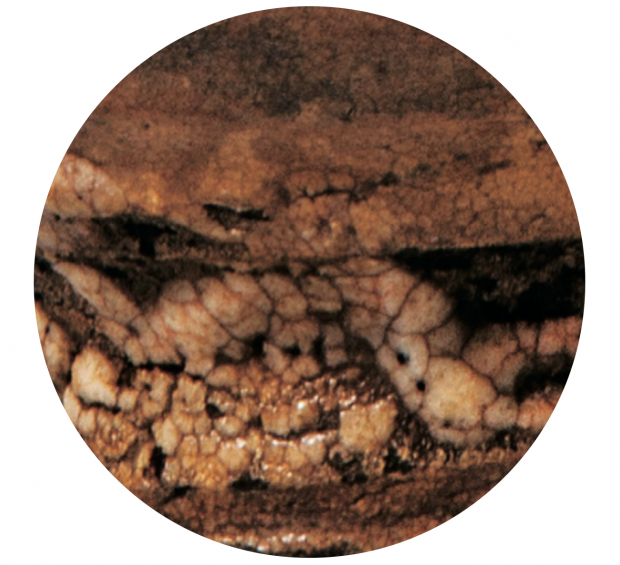 A close up look at the tea bowl “Kizaemon Ido.”

Though perhaps a bit of a leap, we find these same characteristics of Ido-style bowls within the architecture of the Sagrada Família in far off Spain. The architect Gaudí desired to construct buildings with the same vitality Nature, and incorporated the wholesome and raw feel of earth into his grand design for the Sagrada Família. He wanted visitors to experience Nature through the architecture’s rough and artless construction. We’re sure that if Gaudí were to see “Kizaemon Ido,” he would no doubt marvel at the pottery’s sheen and crude, cracking glaze.