Soaking it all in: Onsen and Communal Bathing Culture in Japan

The story of public bathing in Japan, exposed 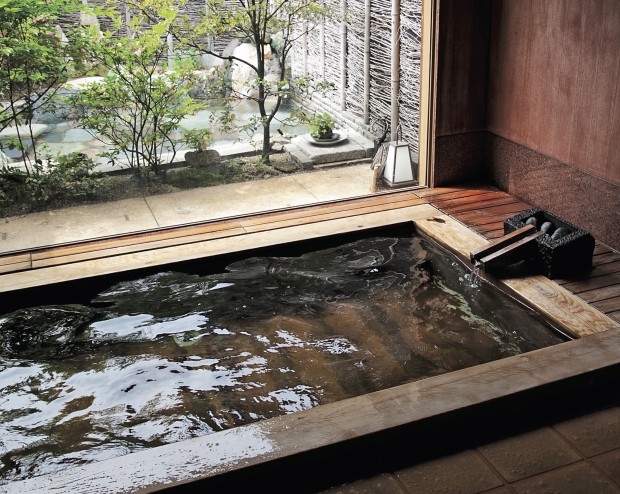 A sodium-rich bath at Monjusō Shōrotei, a Japanese-style inn in Kyoto. The waters are said to beautify the skin.

Perhaps you have heard of Japanese onsen…

The image of a bath today for many Westerners is to fill up a bathtub, get in, and then wash the body as it soaks. More importantly, it is deemed as a very private affair and performed alone. In Japan however, there exists a long history of communal bathing. Similar in many ways to Ancient Rome’s bathing culture, bath time in Japan held an important cultural and social role.

Large baths for religious and transformative purposes began in India in connection to Buddhism, before migrating up into China and then over to Japanese temples in the Nara period (709-794). Eventually sick persons began joining monks in the religious baths seeking its supposed healing, before wealthy merchants also started making baths of their own. Most people could not afford that luxury however, and commercial baths are believed to have started in the Kamakura period (1185-1333). Public bathing culture flourished and enjoyed a long reign until around the 1970’s when private baths at home became the standard. 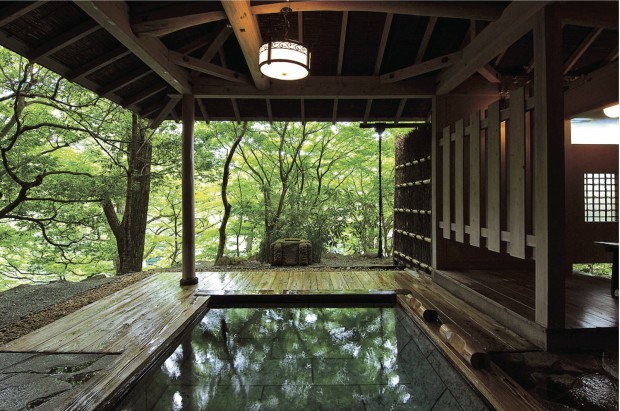 An outside bath at Musashino Resort in Hakone, a hot springs town.

Though nearly all homes in Japan today include a private bath, many people in Japan still love to visit public baths known as sentō and onsen. In fact, onsen play a large role in domestic tourism! Due to Japan’s volcanic activity, the island country is blessed with many natural hot springs. Each area has its own unique spring and many Japanese enjoy traveling and trying the different waters. An onsen excursion for friends, couples, and families offers a nice getaway from hectic city life, too. 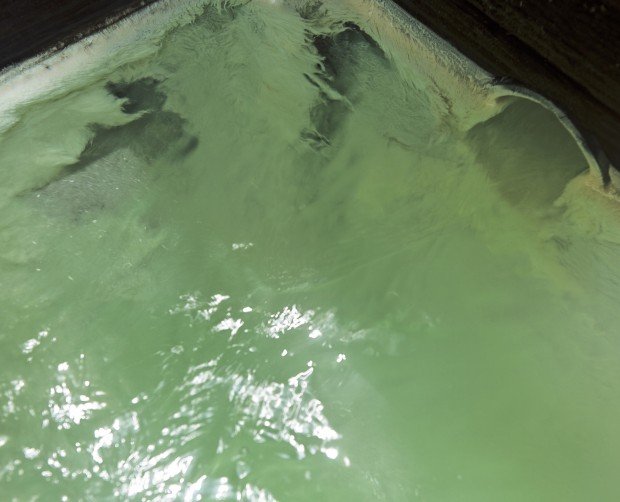 But wait, what is an onsen? And what is a sentō? How do they differ? Sentō are indoor public bathhouses that use heated tap water, while onsen are Japanese hot springs with bathing facilities. Onsen baths can be indoors or outdoors, and are filled with naturally hot and mineral-rich water sourced from geothermal springs. You may notice that the water is milky, slightly colored, or even gives off a sulfurous smell. The mineral content of hot springs is regarded as therapeutic, and many waters around the country are touted for their health benefits and beautifying properties. Both sentō and onsen nowadays often include spa-like features such as saunas, massage options, dry baths, and more.

The naked truth: A cleansing and liberating experience

Feeling eager to try one out? There is one more thing we should mention… No clothing or swimsuits are permitted within the baths, meaning that aside from a small wash towel, bathers are naked. However, don’t worry, so is everyone else! The carefree atmosphere of the baths will soon have you feeling comfortable in your own skin. 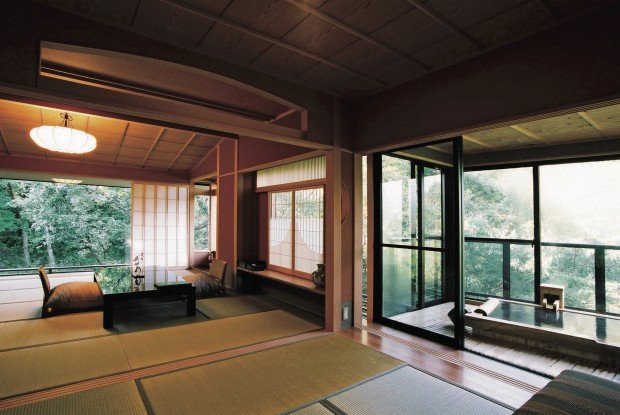 A room with private outside bath at Kannon Onsen in Shizuoka prefecture.

Though men and women bathed together in the past, nowadays public baths are separated by sex – though some exceptions exist in more rural areas. (In mixed baths, people tend to use towels to cover up a bit.) If you’re feeling a bit concerned, it is possible to rent a private onsen bath at some onsen resorts and hotels, or to get a room with a private onsen at a ryokan (Japanese-style inn).

For those seeking the Japanese onsen experience though, we highly recommend the public onsen baths to experience the phenomenon of “hadaka no tsukiai” (meaning naked communion), in which certain social barriers fall away and allows people to more easily relax and communicate.

Won’t you try one during your stay in Japan? Be on the lookout for these marks! ♨ and 湯 (the kanji character for hot water) are used to denote an onsen location on maps. Before you strip and dip though, be sure to check out our tips on onsen etiquette (coming soon), to ensure a smooth and pleasurable experience!

A public bath at Kannon Onsen in Shizuoka prefecture.

Article top image: A private bath at Ojikajima Kominkasutei in Nagasaki prefecture on the island of Kyushu.