The well recognized woodblock print of a giant wave called 「神奈川沖浪裏」 (“Great Wave off Kanagawa”) by the Japanese artist, 葛飾北斎 (Katsushika Hokusai, 1760-1849), has inspired artists around the world. Today we look at another one of his works that though is perhaps lesser known today overseas, also held equally great influence in the world of Western art in the 19th and 20th century—that of 『北斎漫画』 (“Hokusai Manga,” a collection of random sketches).

The scene is Paris in 1856, and the French etcher, Félix Bracquemond (1833-1914), visited a friend’s print studio where he found a package from Japan. The package contained porcelain, which was wrapped for protection using, unbelievably, pages from “Hokusai Manga.” 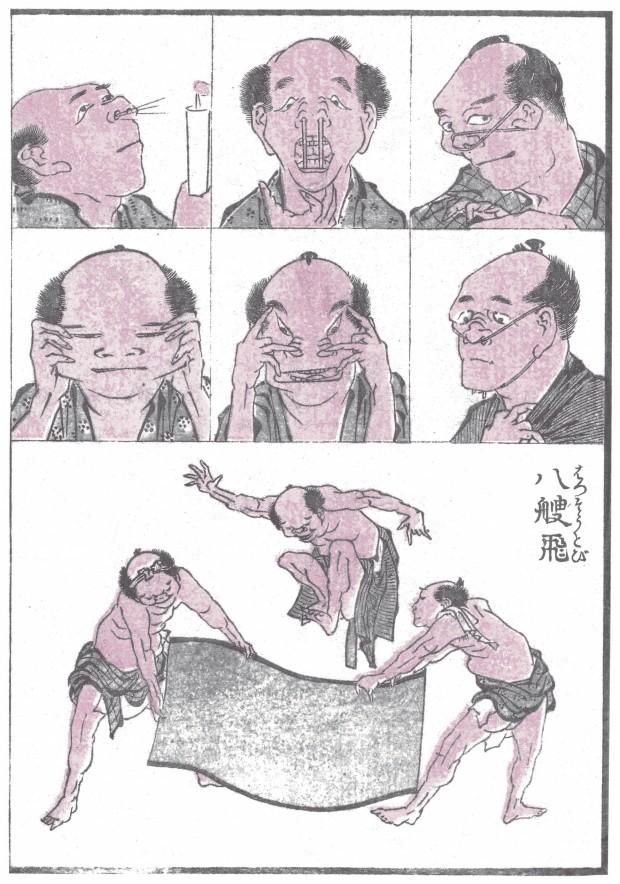 At that time, Paris had a close artistic relationship with Holland. Bracquemond, who had probably heard talk about “Hokusai Manga” in the Siebold collection on display at the National Museum of Ethnology in Leiden, the Netherlands, was ecstatic to see the drawings, which were even more beautiful than he had imagined. He begged his friend to give them to him, but was refused. Bracquemond wasn’t able to easily forget it, though. Two years later, learning that they were in the possession of an acquaintance woodcut artist, he traded them with rare books from his collection and was finally able to fulfill his long-sought dream of acquiring a piece of “Hokusai Manga.”

If the German physicist and botanist Philipp Franz von Siebold (1796-1866) is considered to be the person who gave birth to Hokusai in Europe, Bracquemond is the one who raised him. Bracquemond served a major role in having many people take note of “Hokusai Manga.” He carried it around with him wherever he went, proudly showing it to his artist friends. 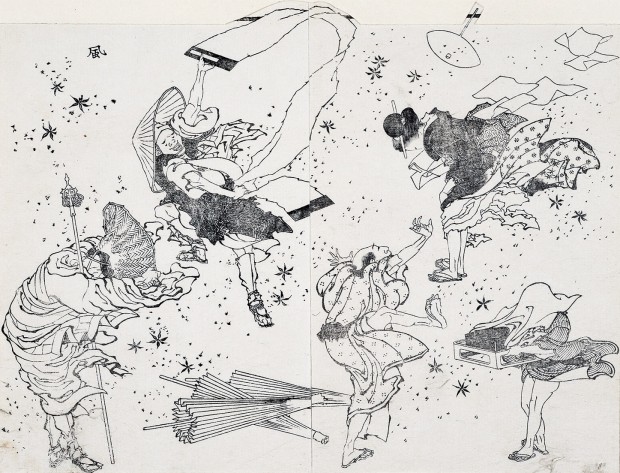 Artists who came in touch with Hokusai through Bracquemond included famous names like Édouard Manet (1832-1883), who led France’s modern art movement, and the Impressionists Edgar Degas (1834-1917) and Claude Monet (1840-1926).

At that time, these artists went directly against the style of the authoritarian Le Salon, which was considered the gateway to success for artists in France, and were in the midst of searching for a new style of art to pursue. They were not only astonished by their first look at the radical artistic style and use of color in “Hokusai Manga” and 浮世絵 (ukiyo-e, a genre of art for commoners from the 17th to 19th century), but they all copied this style and devoted their energies to reproducing it. This gave birth to a new art trend called Impressionism, which led to the start of French modernism. So, albeit indirectly, Hokusai played a major role in this movement. 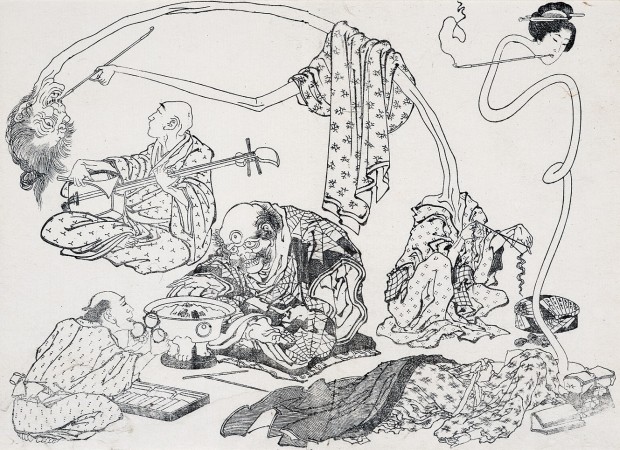 Bracquemond, who played the role of Hokusai’s promoter, also incorporated this style in his own works of art about a decade after coming into possession of “Hokusai Manga.”

A famous work of Japonism by Hokusai’s champion

Bracquemond was commissioned by François-Eugène Rousseau, who handled production, marketing, and design at the Sèvres Porcelain Factory, to design a ceramic table service based on an image of Japan. Using “Hokusai Manga” as a model, he completed the Service Japonais that used plants, animals, fish, and other Japanese influences as subject matter. This set of tableware won acclaim when it was exhibited at the International Exhibition of 1867 in Paris. This not only elevated Bracquemond’s reputation as an artist, but also stirred up even more popular interest in Japan. 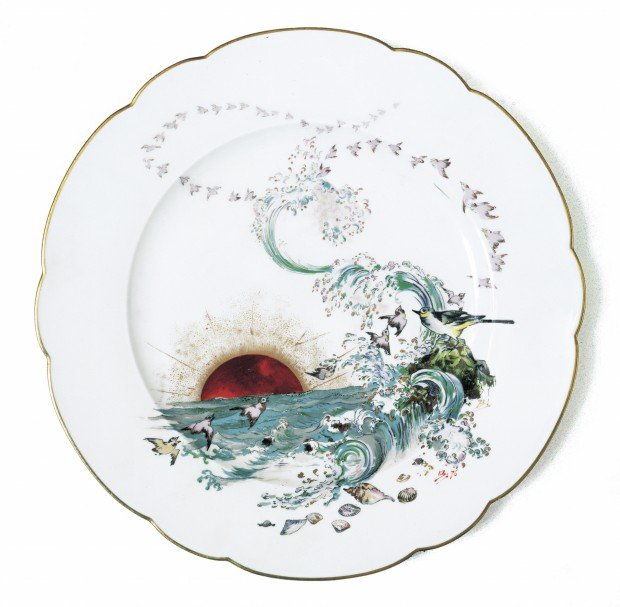 Following “Service Japonais,” table service produced by Bracquemond continued to embody Japonisme. Hokusai’s style can be seen in the expression of the waves.