When was he born, and where? Since we don’t even have this type of basic records on the famed Japanese artist 喜多川歌麿 (Kitagawa Utamaro, c.1753-1806) we’ll just follow the theory that he was born in 1753 and proceed to introduce his role as a painter in the world of Japanese art to which he dedicated half of his life. Read our previous article to learn more about Utamaro’s career in his early years as an artist of 浮世絵 (ukiyo-e, “pictures of the floating world,” a genre of commoner art depicting everyday life). 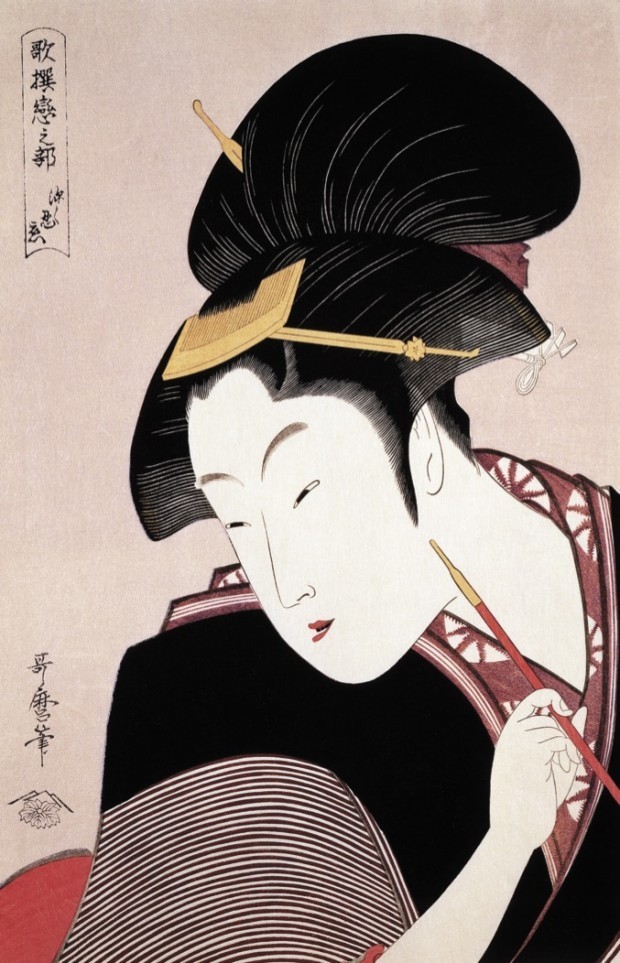 Throughout his thirties, Utamaro fervently nurtured his own style and compositions, and these efforts suddenly came into bloom as he entered his forties. For a time his critics had said that his 美人画 (bijinga, pictures of lovely women), were largely derivative from past masters, but Utamaro applied the popularity he had won as an illustrator of 狂歌 (kyoka, “crazy verse” poetry) and erotica, as well as the patronage shown to him by his publisher, Tsutaya Juzaburo, to produce a variety of experiments in depicting such beauties.

One result of this process was his series of bust portraits of beautiful women based on the popular portrait style of favorite actors. He used this cutting-edge approach to produce various popular series such as Ten Types in the Physiologic Study of Women which includes the renowned “Young Woman Blowing a Poppin,” Ten Studies in Female Physiognomy, and Anthology of Poems: The Love Section. Through these and other works, Utamaro firmly established his reputation and popularity as an ukiyo-e artist. 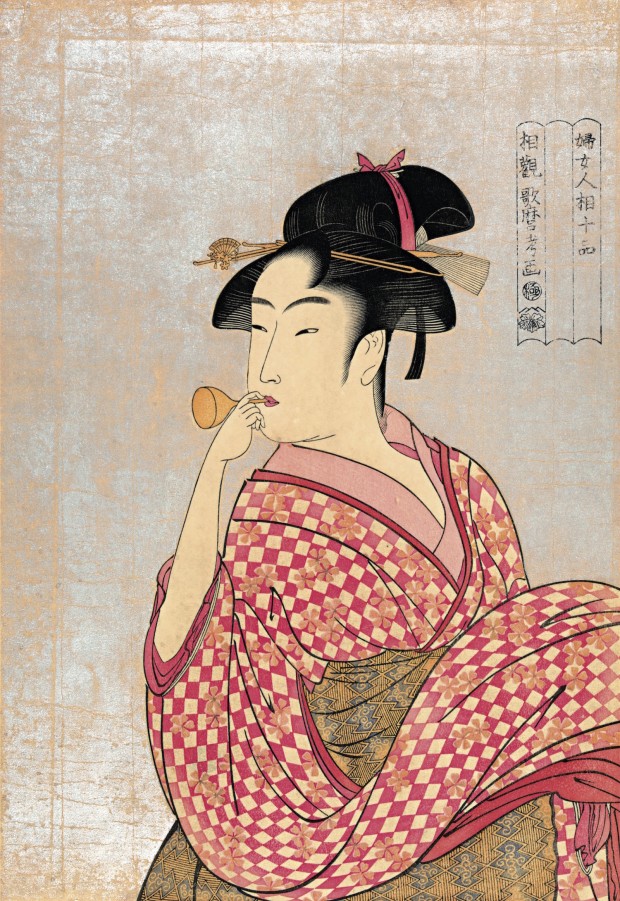 During the Kansei era (1789-1801), however, the shogun’s government decided that ukiyo-e corrupted public morals, and the Kansei Reforms enacted by the elder statesman Matsudaira Sadanobu forbade the use of women’s names in pictures of beautiful women except for those of actual prostitutes. In reaction, Utamaro would include bits of verse in his pictures or otherwise include hints at a name, but this too became forbidden. When the production of portraits of beautiful women became illegal in 1800, Utamaro sought to use a variety of innovative ways around the proscriptions, such as pictures of half of a woman’s body or groups of three women. Utamaro’s attempts to use loopholes in the shogunate’s laws resulted in his pioneering of new areas of art and continued the popularity of his publications. 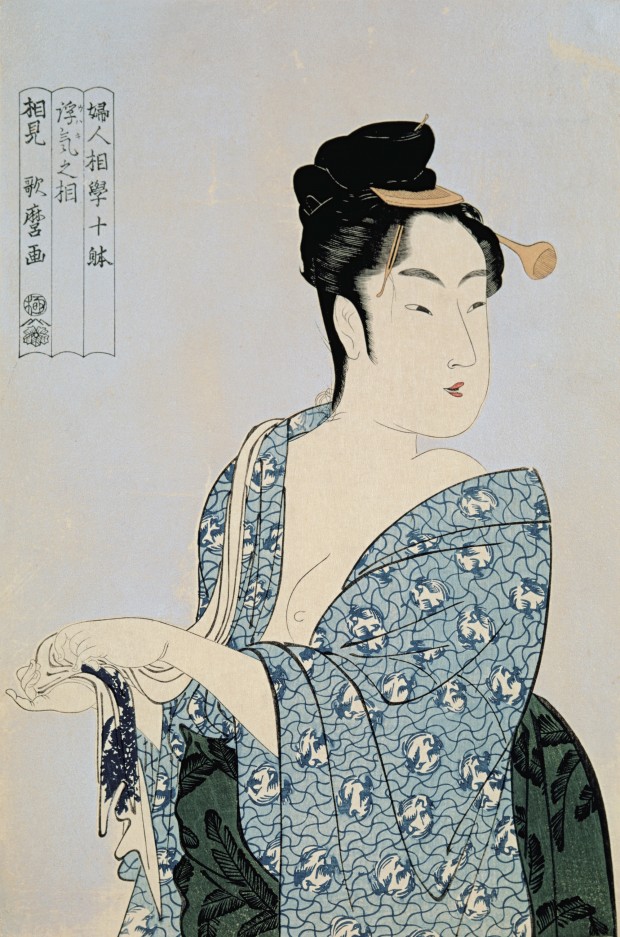 There was no way the shogunate could just ignore such a rebellious artist. When Utamaro was around age fifty-two, he was arrested—not for drawing beautiful women but for producing an ukiyo-e inspired by Ehon Taikouki, a picture book depicting the life of 16th-century military ruler Toyotomi Hideyoshi. For this deed, Utamaro was given the heavy sentence of being manacled for fifty days. Although he later returned to work as an artist, he seemed to have lost his spirit and much of his artistic skill, and at age 54, Utamaro’s life came to an unexpectedly lonely end for an artist who had once been so very popular.