What Does this Japanese Tea Bowl Share with Vermeer’s “Girl with a Pearl Earring”?

The beauty of tranquility 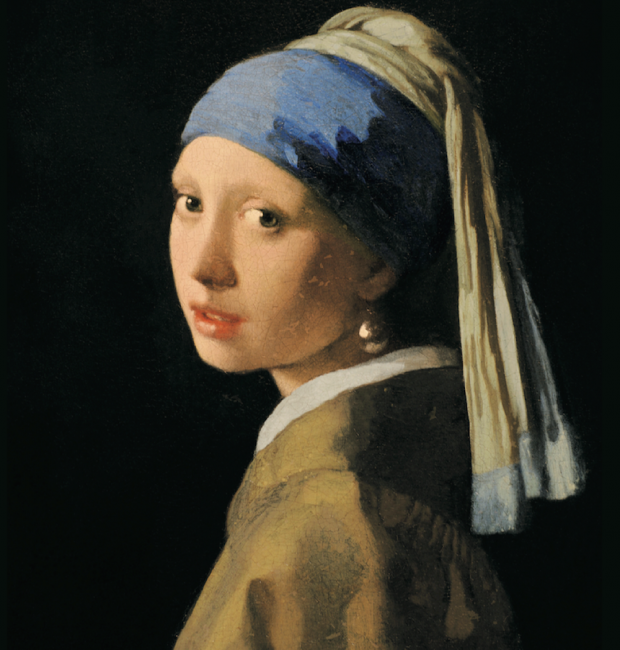 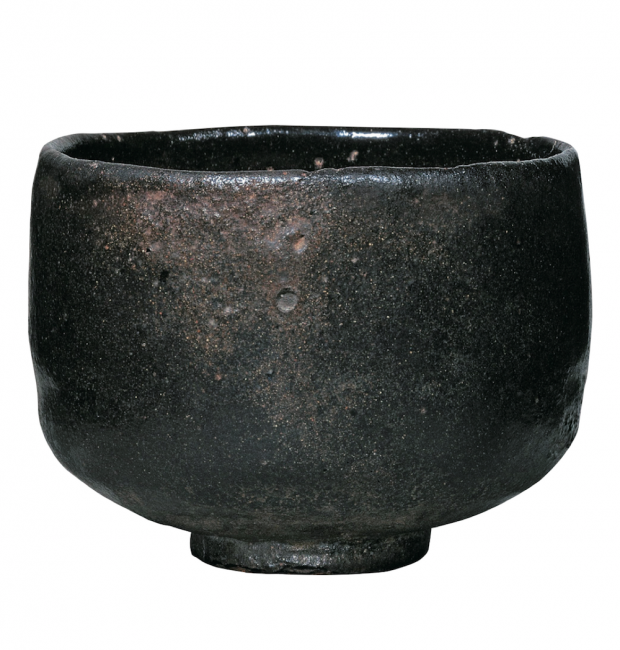 The black Raku tea bowl pictured above, which earned the praise of the tea master Sen no Rikyū, was named “Ōguro” meaning “big black.” When looking at this ceramic piece, our eyes are immediately captivated by its soft and gentle form. Before long, we move our attention away from its shape to the silent and modest black glaze that adorns the pottery. The soft yet profound black mass gives off a feeling of tranquility that charms viewers.

This tea bowl’s fascinating black color reminds us of “The Girl with a Pearl Earring” painting. Vermeer’s young female subject wears a vivid blue turban in his most representative work. Actually though, what stands out even clearer than the lovely blue of the turban or her alluring gaze, is the black background.

In order to better capture the quiet and profundity of darkness in this work, Vermeer cleverly applied a transparent coat of green. The pull of this magnetic black background is difficult to turn away from, and within it lies the beauty of tranquility. 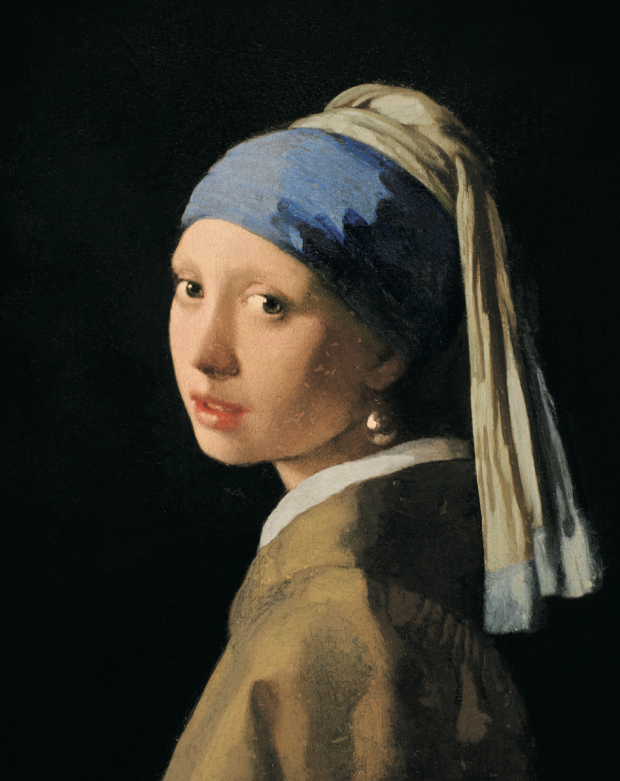 This is the 17th century Dutch painter’s famous masterpiece. Though the beautiful girl adorned with a pearl earring depicted in this painting is apparently not a model of special repute, the captivating piece has captured the imagination of many and inspired various stories about her identity. Part of the allure lies in the black colored background.

This darkness not only emphasizes both the girl’s fleeting facial expression and the vivid colors throughout her face and clothes, but also draws the viewer into the enigmatic world within the painting. The striking blue of her exotic turban was created from the very expensive paint called ultramarine blue made from ground lapis lazuli crystal.

The overwhelming force of muted black 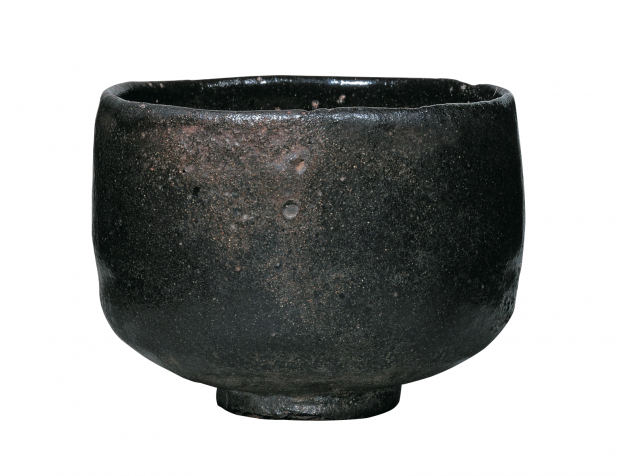 Among the Raku-style tea bowls produced by Chōjirō I, the tea master Sen no Rikyū especially favored seven. Rikyū named each of these bowls, and they collectively became known as “Rikyū Shichi-shu”, meaning “Rikyū’s Seven Types”. The first listed among the group of tea bowls is this one called Ōguro.

Its round body was hand-shaped rather than thrown on a wheel, giving it a softer appearance. The cylindrical, straight-sided form with an inward turning rim was known as the Soeki shape, and it matched Rikyū’s style of introspective tea. Before firing, the pottery was treated with a soft yet deep black glaze which bestows Ōguro with an unassuming brilliance. Neither swirl marks nor any other features detract from the peaceful form. Despite its modest look, the bowl holds a strong presence due to its absorbing black color.

Ōguro represents the Japanese style of tea founded by Rikyū based on the aesthetic of wabi-sabi. This later taste embraced simplicity and imperfection, which contrasted with the earlier practice of tea that used Chinese-style ceramics with perfect symmetry and showier glazes.