The biggest delight of a visit to Kyoto is to immerse yourself in the world of Japanese beauty by strolling around some of the city’s many renowned お寺 (otera, Buddhist temples). To give you a taste of what we’re talking about, we’ll take you to three temples where you can savor three quintessential forms of this country’s beauty—sliding door paintings, gardens, and architecture. First, we head to Ninna-ji Temple.

See a National Treasure against a backdrop of cherry blossoms! 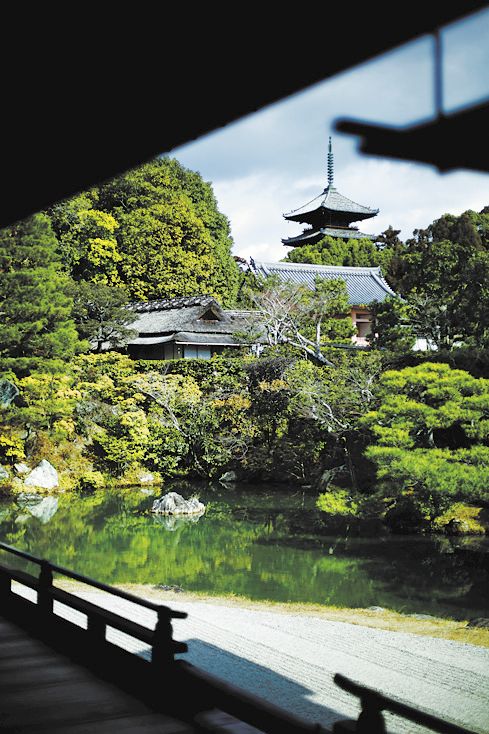 A view of the north garden from Shinden Hall. Also visible are Hito-tei teahouse and the five-storied pagoda.

Ninna-ji was rebuilt in the mid-17th century, nearly a century and a half after being burned down in the Onin War (1467-1477). This coincided with the reconstruction of the Imperial Palace, and the temple was given several exquisite structures from the old palace, including two that became Kon-do Hall and Mie-do. The Nio-mon Gate and five-storied pagoda were also built at this time. 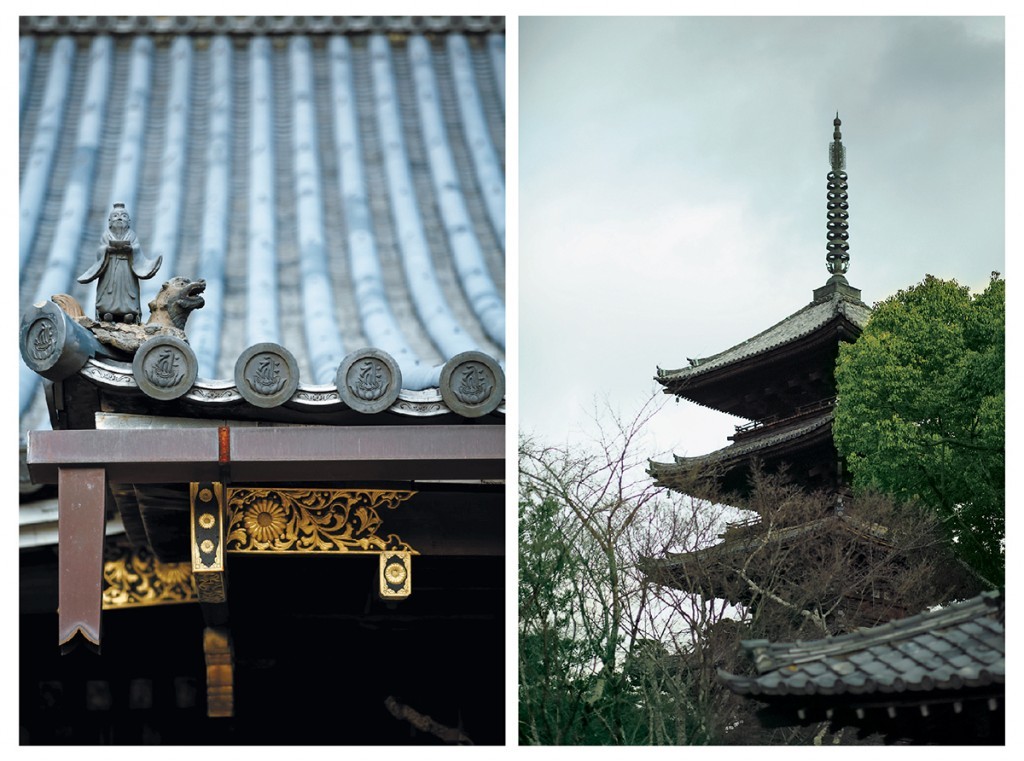 (Left) The ornate metalwork and sleek, stately rows of round tiles of Kon-do Hall are a must-see. (Right) Ninna-ji’s five-storied pagoda, an Important Cultural Property.

Ninna-ji, also known as the “cherry blossom temple”—was founded as a private temple of the imperial family, and is named after the imperial era in which it was built. Construction was commissioned by Emperor Koko in 886 (the second year of Ninna) and completed two years later by his son, Emperor Uda. The temple grounds are populated with many beautiful structures, particularly the main hall, Kon-do, which has been designated a National Treasure and exudes a solemn elegance. 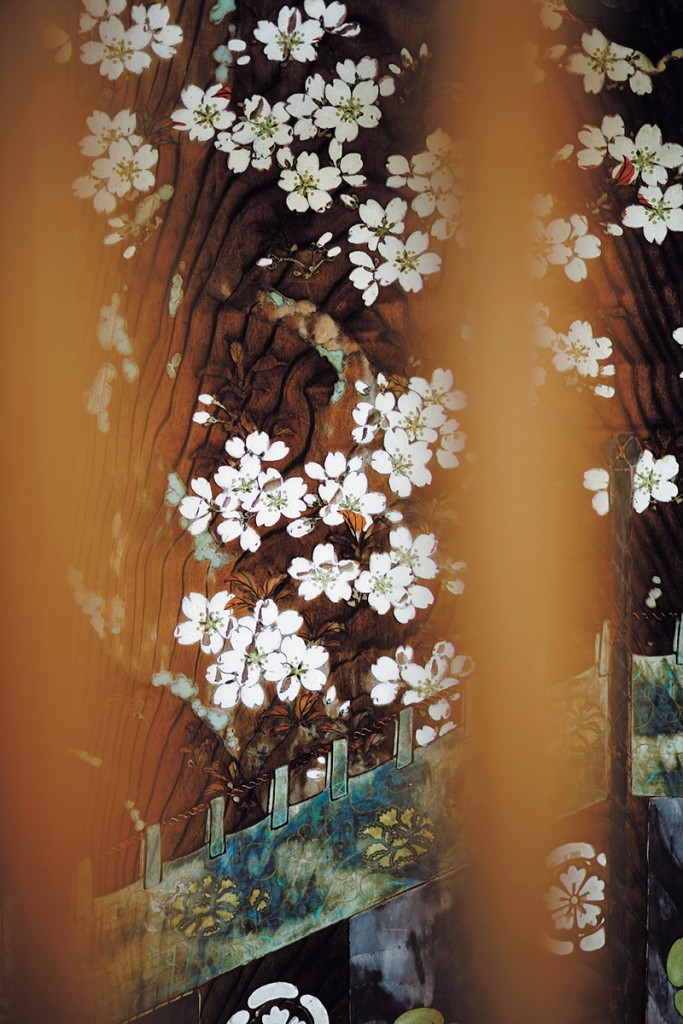 Painting of cherry blossoms on a cedar door in Shinden’s hallway. Cherry blossoms are a frequent motif seen in the transom woodwork, nail covers, and other interior details.

One piece of advice!

The best time to see the blossoms of the more than 200 Omuro cherry trees at Ninna-ji is usually mid-April. You’ll find the largest cluster of them to the left after you pass through the central gate, Chu-mon. Unlike typical cherry trees, whose branches extend overhead, Omuros are short-set, so their flowers are at eye level, creating a rare, wondrous spectacle every spring.

The temple grounds are populated with many other beautiful structures, here’s a list of 5 stunning spots to visit within Ninna-ji Temple’s grounds.