Why Do Japanese People Love Sakura so Much?

Sakura, the Japanese word for cherry blossoms, are beloved by Japanese people. Nowadays, once the white and pink blossoms begin to adorn the trees throughout Japan’s mountains and parks, people flock to sit under the gorgeous boughs. There, friends, families, coworkers and couples enjoy parties and picnics beneath a ceiling of flowers. Even solitary admirers come to partake in some tea or beer while surrounded by the dreamlike scenery. This style of flower viewing, called hanami, is said to be unique to Japan. 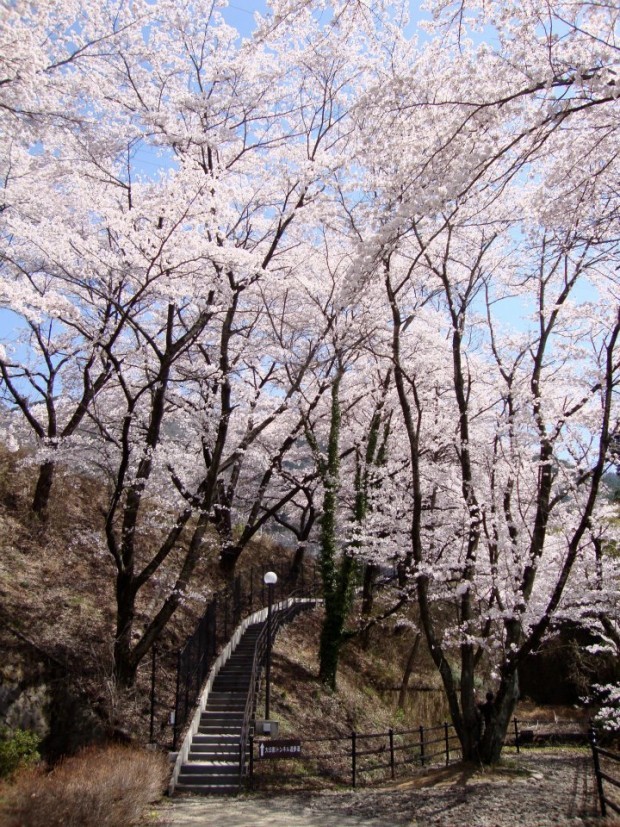 How did flower viewing begin?

In ancient times, prior to the cultivation of cherry blossom trees, people would ascend the nearby mountains once the mountain cherry tree variety began to bloom. They would spend the whole day eating and drinking among the flowers. While undoubtedly fun, this banquet served as an important celebratory event for the harvest gods whom they believed lived among the cherry blossom trees, and prayers would be made for an abundant rice crop. 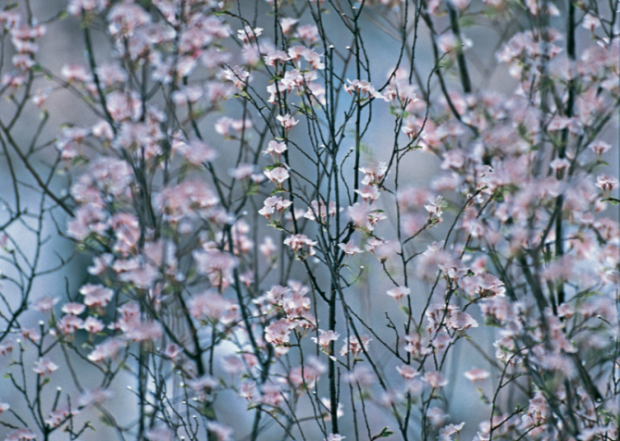 The aristocracy on the other hand in the Heian period (794-1186), held very refined flower-viewing banquets at the Imperial Palace in which they would dance and compose poetry beneath the cherry trees. Nobles would additionally set out on trips to seek out the cherished sakura in mountains near the capital such as Kitayama and Higashiyama, even more distant locations like the area of Minase along the Yodogawa River in present-day Osaka.

Eventually, these flower viewing practices in aristocratic culture and agricultural culture blended to form the hanami tradition of Japan that we see today. 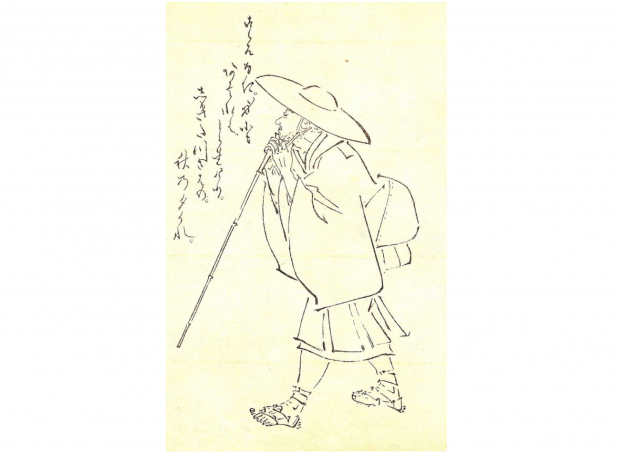 An illustration of Saigyō Hōshi drawn by the painter Kikuchi Yosai.

During the latter part of the Heian period, Mount Yoshino became the most famous and yearned after place for viewing cherry blossoms. Nobles traveled great distances to pay pilgrimage to this spot in reverence of its peerless beauty. Though many nobility composed poems on cherry blossoms, Saigyō Hōshi (1118-1190) featured the flowers of Yoshino in his works and became a superstar poet during his lifetime. Originally, he had been an aristocratic bushi warrior serving the Imperial Court, but he entered Buddhist priesthood prior to the dramatic political turnover in which power transitioned from the court nobles to samurai warrior families. Saigyō traveled to Mount Yoshino and many other destinations while composing poetry, and his works actually went on to inspire the great haiku poet, Matsuo Bashō!

Looking like snow,
flower petals dance and flutter about in the wind
while a hazy moon appears to wear a hat of woven rushes 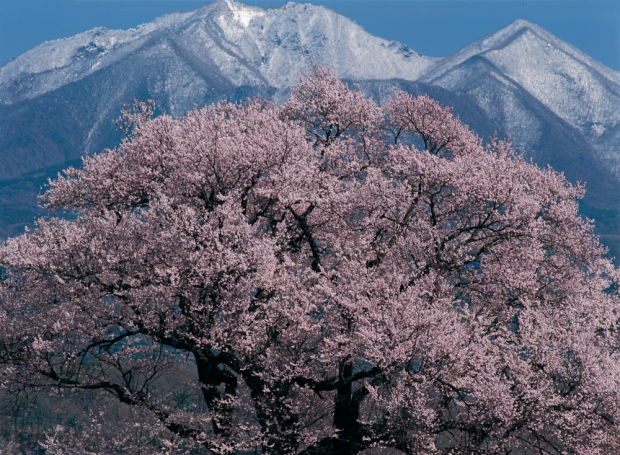 In this poem, Saigyō utilizes the theme of “snow, moon, and flowers”—a common set of aesthetically beautiful images for Japanese people since ancient times. In his treatment of the fully blooming sakura as his companion, Saigyō captures a loneliness that taps the heart of many people.

Another example of melancholy highlighting the ephemeral nature of sakura is captured by Saigyō below. 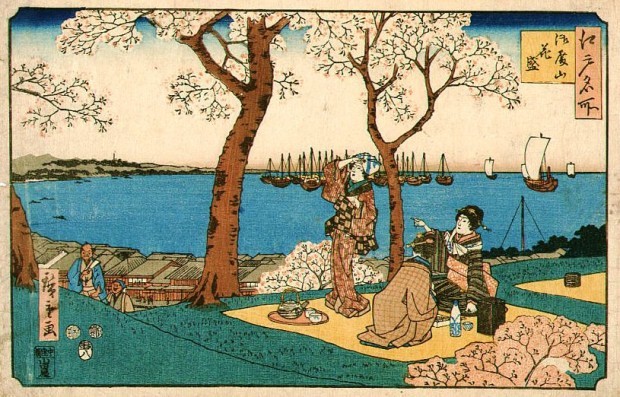 Gotenyama Park from the One Hundred Famous Places of Edo series by Hiroshige Ando.

The type of cherry blossom-viewing as entertainment practiced in modern times began in the mid-Edo period (1603-1868). The eighth shogun, Tokugawa Yoshimune (1684-1751), had cherry blossom saplings planted in suburbs of Edo (the capital at the time and present-day Tokyo) in places such as Asuka-yama, along the embankments of the Sumida River, and Gotenyama Park in Shinagawa. Soon, tea houses and restaurants sprung up around these beautiful trees drawing in both bushi warrior-class customers and commoners as well. These places became spots for excursions and picnics, and thus the pleasurable outing business of flower viewing was born. 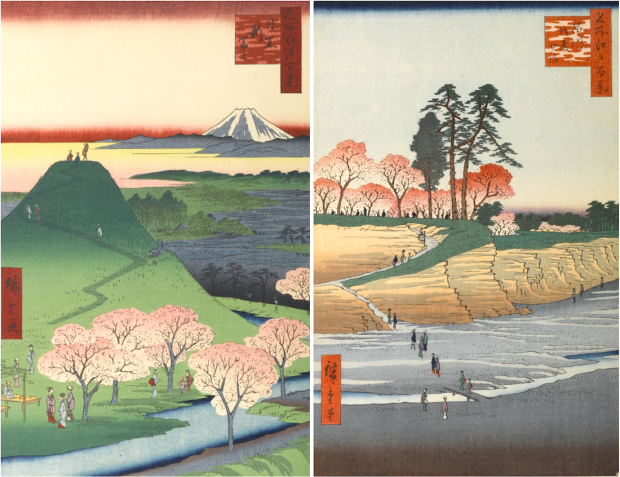 While being festive under the flowers, participants can savor the magnificence of blossoms at peak, but the ephemerality of falling petals also remind them of their own mortality and the fleeting nature of youth. This beauty intertwined with a deep sense of poignancy is what has cultivated the Japanese people’s love for cherry blossoms. Over the ages and in various cultural spheres—faith, amusement, literature, aesthetic sense—cherry blossoms have been a part of the collective Japanese heart.