The biggest delight of a visit to Kyoto is to immerse yourself in the world of Japanese beauty by strolling around some of the city’s many renowned お寺 (otera, Buddhist temples). To give you a taste of what we’re talking about, we’ll take you to three temples where you can savor three quintessential forms of this country’s beauty—sliding door paintings, gardens, and architecture. In this article, we complete our tour by heading to the grounds of Manshu-in Temple. 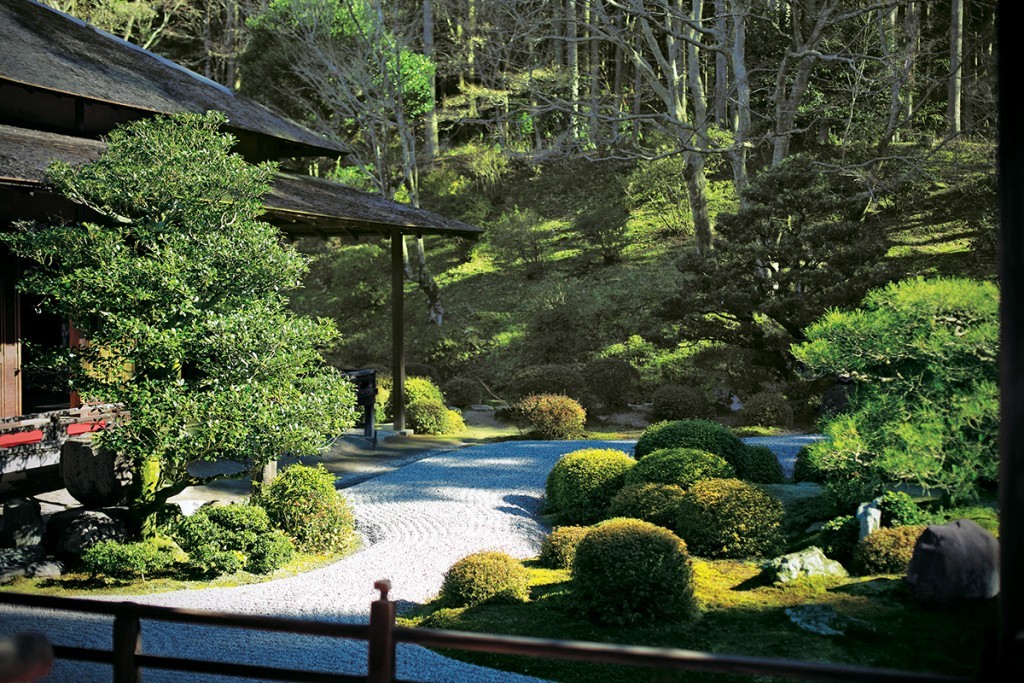 Typical of the Horai style, this rock garden includes displays representing the mythical Mt. Penglai and crane and tortoise “islands.” It is said to recreate in a smaller space the famed scenery of Katsura Imperial Villa.

Originally located on Mt. Hiei, Manshu-in became a 門跡 (monzeki, a temple headed by a priest of imperial or aristocratic lineage), under the son of Prince Fushiminomiya Sadatsune circa 1495. It was moved to its present location in 1656 by Prince Ryoshoho, the builder of 桂離宮 (Katsura Imperial Villa), and other buildings were added at this time, including the main hall, which continues to stand today. The garden includes a Manshuin-style kirishitan toro (stone lantern decorated with Christian imagery), which is a reflection of court aristocrats’ tastes. The garden has various flowers in bloom throughout the year, with one of the more eye-catching displays being the crimson Kurume azaleas that blossom in early May. The garden is also famed for its fall foliage. 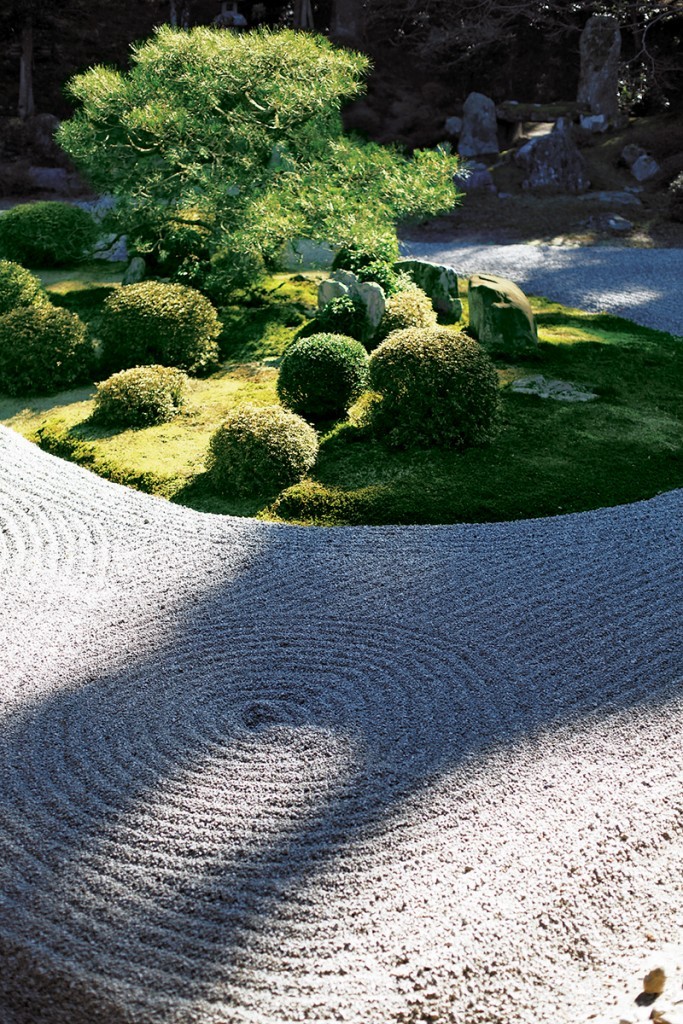 The last leg of our tour takes us to Manshu-in Temple in Rakuhoku, a section of Kyoto packed with spectacular gardens, including those of Shugaku-in Imperial Villa, Shisen-do Temple, and Entsu-ji Temple. Manshu-in has maintained the same look it had when it was moved from the Rakuchu area to its present location more than 350 years ago, preserving a serene beauty free of ostentation.

The first thing to see is the rock garden, where crane and tortoise “islands” float in a sea of white sand. Situated in front of the main hall, this garden is said to have enchanted 17th century tea ceremony master Kobori Enshu, and has been designated a National Site of Scenic Beauty. 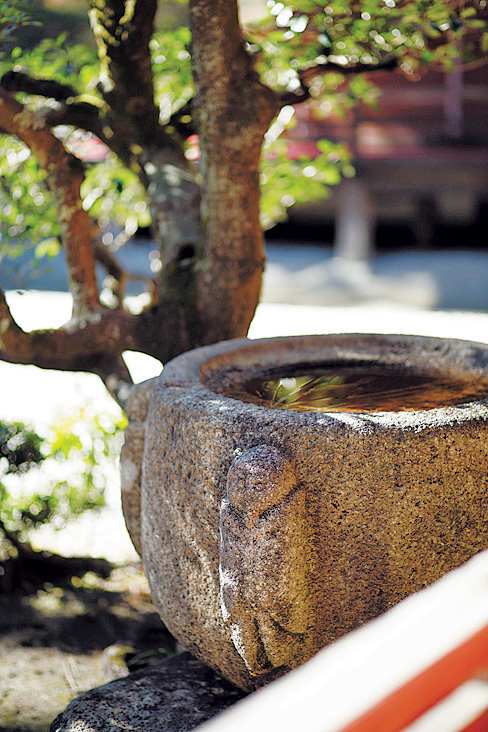 The temple is built in the Shoin style that characterized the early Edo period (1603-1868) and is also seen in Katsura Imperial Villa. Shosho-in is graced by a sliding door painting of a tiger and bamboo that was created by Kano Tan’yu, as well as the Fuji Room, whose sliding door art was designed to be illuminated by the setting sun. And, be sure to also feast your eyes on the Twilight Room and its “Manshu-in-dana,” an array of staggered shelves made of ten types of wood. 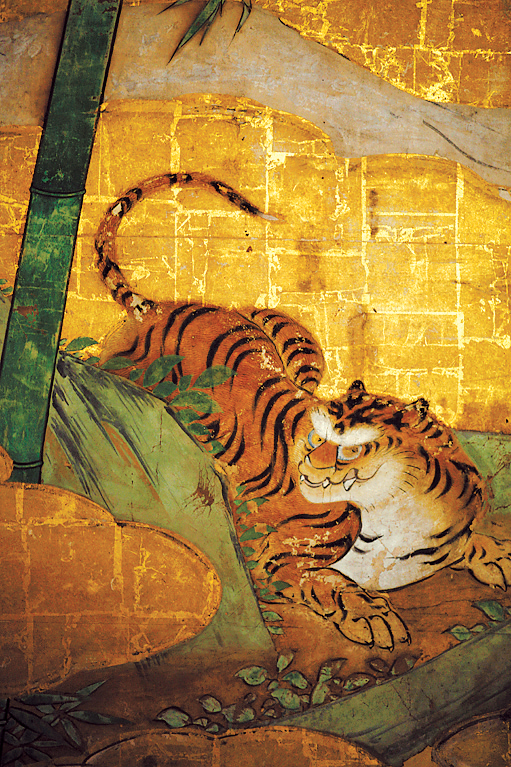 Located inside Daigenkan, this painting of a tiger and bamboo by Kano Eitoku is an Important Cultural Treasure. It can be seen up close during special nighttime viewings held in the fall.

Sublime yet Short-Lived, the Beauty of Japanese Sakura