Pairing sakura with Japanese temples and castles in the Kansai region 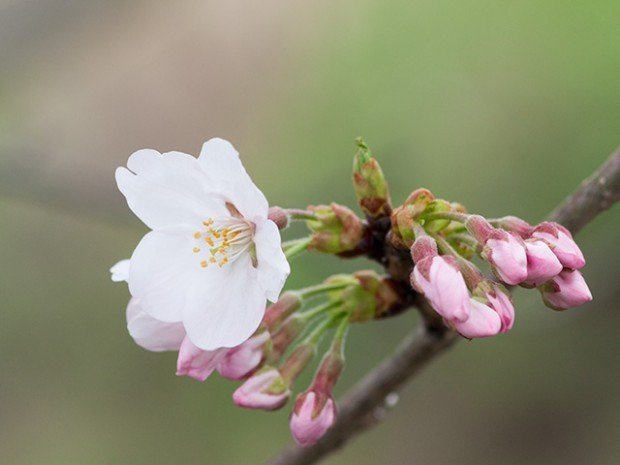 Earlier, we introduced the best 5 spots in and around Tokyo to enjoy Japan’s beloved cherry blossoms. However, outside of Japan’s capital too, there are a plethora of other popular and even historically famous locations to participate in the unique Japanese custom of hanami (flower viewing)!

Each location offers something unique and with so many options to choose from, we had to be picky. In the end, we decided to select areas that are not just reputable for their cherry blossoms, but which also have other cultural attractions nearby, such as castles or temples. Viewing sakura against the backdrop of Japan’s ancient capitals is hard to beat. Below are our top picks from around the Kansai region of western Japan along with the best times to visit. 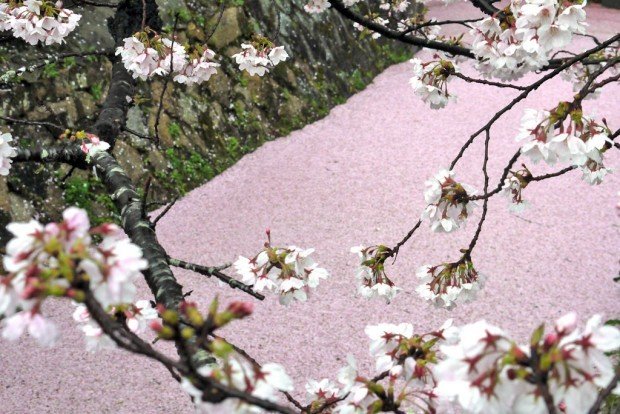 One of the most popular cultural capitals of Japan is the city of Kyoto. Once serving as the capital, Kyoto is rich with culture and history, and serves as a picturesque backdrop to blooming sakura (cherry blossoms). This year, the sakura season in Kyoto is expected to begin March 30, 2017 with peak viewing times estimated to last from April 5-13. 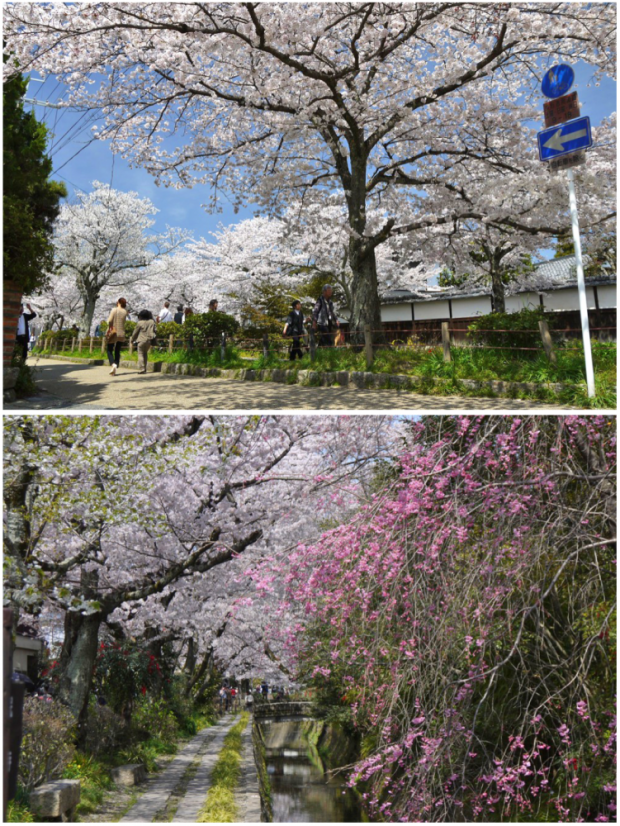 Strolling along the already scenic route known as the Philosopher’s Path between Ginkakuji (Silver Pavilion) and Nanzenji Temple turns into a perfectly sublime experience during cherry blossom season. Hundreds of cherry trees line the stone path and neighboring Shishigatani Canal, and the falling of sakura petals into the water also makes for an exquisite scene. As you meander down the path, be sure to stop by some of the temples, shrines, and cafes along the way!

Access: To start from Ginkakuji, take bus #5 or the Raku Bus #100 from Kyoto Station for 220 yen; it takes about 25 minutes. To begin from Nanzenji Temple, it is a short walk from the Keage subway station on the Tozai Line.
Admission: No admission fee 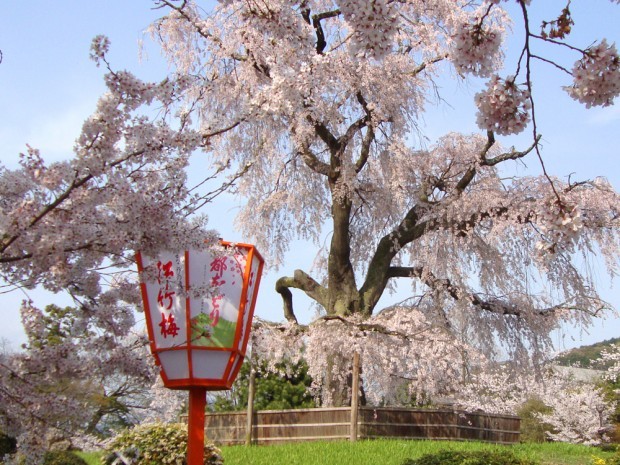 Located in the Gion area of Kyoto just behind Yasaka Shrine, Maruyama Park is Kyoto’s most popular and crowded hanami (flower viewing) party spots. If you are looking to enjoy some refreshments and alcohol under the sakura, then this is the place to go! Near the center of the park stands a famous and large weeping cherry tree (shidarezakura in Japanese).

Access: A 5 to 10-minute walk from the Keihan Shijo station or, for those coming from Kyoto Station, ride the #206 or #207 bus to the Gion bus stop.
Admission: No admission fee 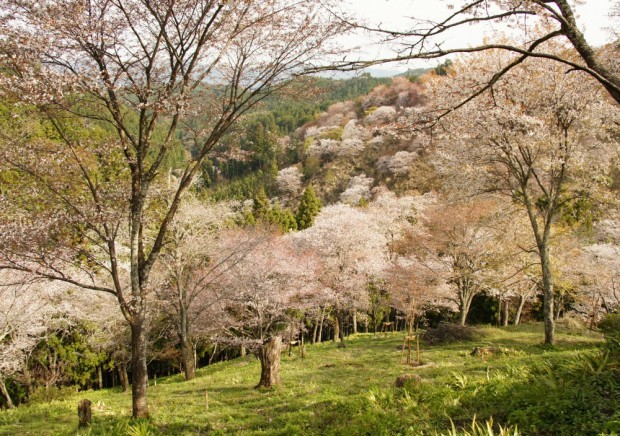 Before Kyoto and Tokyo, Nara served as the capital of Japan. Nara is home to many historical places including Mount Yoshino, the most revered spot for viewing cherry blossoms in ancient times. Prior to the cultivation of many species of cherry trees that we see today, the people of Japan often enjoyed the native species of trees still found at Yoshino, like yamazakura (mountain cherry).

As visitors ascend the slope, they can see the different stages of blooming sakura due to the wide range of elevation from the bottom to the top. The staggered stages of blooming also ensure a long sakura season. This year, the cherry blossom season is expected to begin March 25 and last until May 7, 2017. 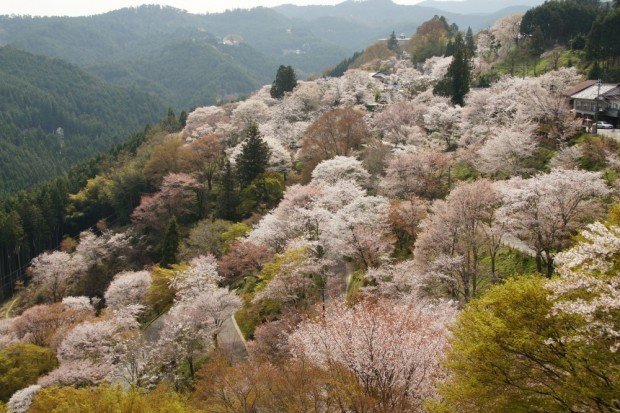 From the mid-Heian period (794-1184) on, Mount Yoshino has continued to enchant those seeking the cherished sakura. Around 30,000 cherry trees are said to grow along the north-facing slope that makes up Mount Yoshino. Many shops, temples, shrines, restaurants, and scenic spots line the roads for visitors to enjoy on the journey up and back down. 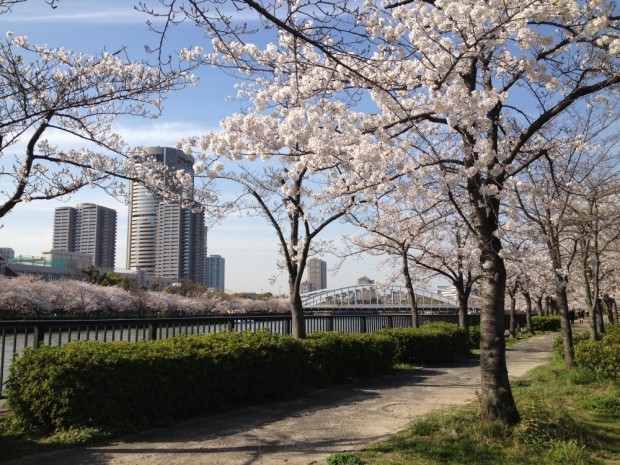 Osaka follows Tokyo as Japan’s second largest metropolitan city and boasts a culturally-rich history of its own. The large port city is home to Osaka Castle, which was built in the 16th century and serves as a peaceful getaway from urban life. Within the grounds of Osaka Castle are many spacious lawns and groves of trees that bear colorful flowers in the spring and beautiful leaves in the autumn.

Cherry trees in Osaka are predicted to start blooming from March 29, 2017, with the peak viewing season lasting from April 4-12.

If you are heading to Osaka Castle to see its 4,000 or so cherry trees, then we suggest starting your sakura sightseeing at Kema Sakuranomiya Park. The riverside park borders the Okawa River for several kilometers, and features around 4,700 cherry trees. Whether walking among the trees or viewing them from the boats that cruise the river, the beautiful scenery makes for a perfect beginning to a day of hanami. 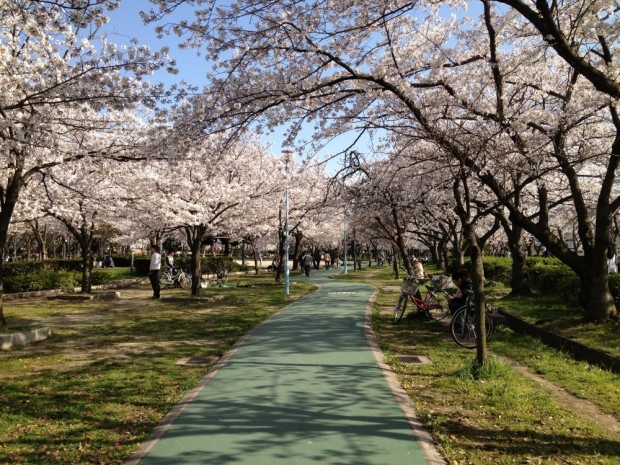 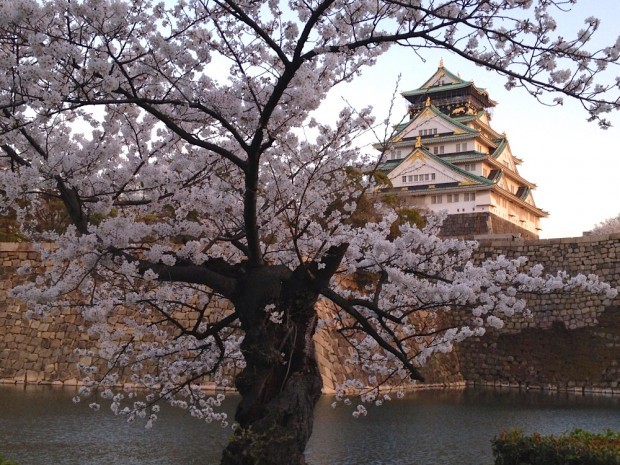 Access: Exiting Sakuranomiya Station will take you to Kema Sakuranomiya Park. Stroll along towards Osakajokitazume Station and Osaka Castle for around 20 to 30 minutes. For more information, please visit the Osaka Castle homepage.
Admission: Free admission, except for the Nishinomaru Garden (200 yen daytime, 350 yen for evening illumination) inside Osaka Castle
Open: Nishinomaru Garden 9:00 to 17:00, Mar 24-Apr 16 18:00-21:00

Hyogo prefecture lies to the west of Osaka and Kyoto and is home to the tourist destinations of the port city Kobe and Himeji Castle. The cherry blossoms are believed to start opening on April 1 with the estimated peak beginning around April 6, 2017. 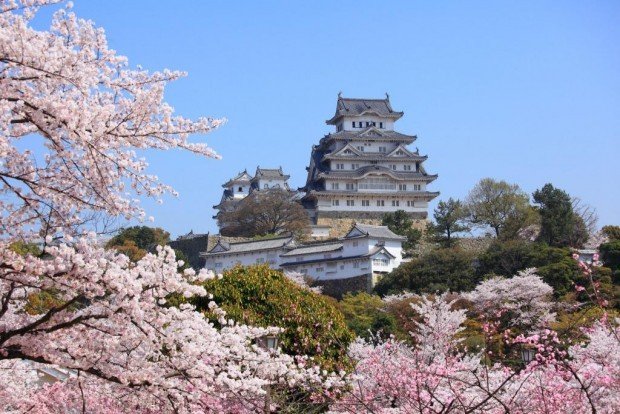 Often referred to as “White Heron Castle,” Himeji Castle is often considered one of Japan’s most beautiful surviving castles from feudal times and is designated as a National Treasure. The brilliant white color of its walls and elegant gray roofing serve as a wonderful backdrop to the 1,000 cherry trees growing among the hilltop castle grounds. There are admission free areas with sakura that are popular for hanami picnics and also great spots to enjoy within the admission-required areas. We recommend entering the 400 year-old castle and enjoying its winding paths and unique atmosphere.