Boasting that there is nothing that cannot be drawn, in 1840 at the age of 81, this genius who had drawn all things on the planet, finally built a world that only a superbeing could achieve. In the last years of his life, the lofty, independent Japanese artist known as Katsushika Hokusai drew a birds-eye view of a country that he had never even visited—the expansive, boundless land of China in its entirety. 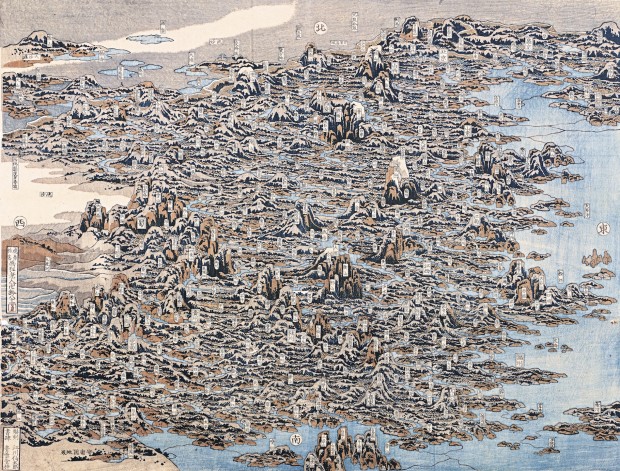 This piece exemplifies the unparalleled skills of the 81-year old Hokusai, who boasted that he could even draw something that cannot be seen. This aerial view of China looks like something that only a man with bird vision could draw. Not only is this detailed drawing by Hokusai a Herculean feat, but so also is the skill of the woodcutter who was able to replicate this amount of detail onto a printing block.

The work is titled “Morokoshi Meisho no E (Famous Places in China).” Employing what information and knowledge was available in Edo (present day Tokyo) in the 19th century, Hokusai used his imagination and superb skills to achieve the impressive task of depicting a world that went beyond time and space. But some 300 years before this, there was a man who drew an extraordinary universe with the same gifted sensibilities as Hokusai and the sharp eyes of a scientist… This man was Leonardo da Vinci, the famed “versatile genius.”

Da Vinci familiarized himself with the mechanism of the human body by performing dissections, and also accomplished pioneering research and discoveries in the fields of civil engineering, machinery, and military technology. While leaving top achievements in each of these fields, da Vinci declared that, “painting is the supreme art.” Like Hokusai, he also used his superb skills and power of expression to draw the world, and had no equal when it came to painting. Spanning 300 years in time and across the globe, this world had two true geniuses, destined to be rivals.

Hokusai vs. da Vinci, vs. Picasso, vs. Warhol… 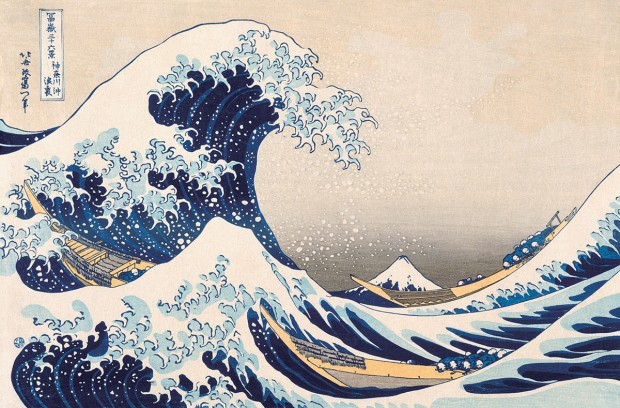 Now, come and witness the rare and incredible talent of the pride of Japan, Katsushika Hokusai. What you are about to see is a contest between the masterpieces of Hokusai and those of the greatest and most famous artists in the Western world from the Middle Ages to today. Called the “Famous Masterpieces: The Best of Five Matches,” this is a fight of one against many—Hokusai versus da Vinci, Picasso, van Gogh, and Warhol! How will it end?