Famous paintings, gardens, and structures—these are perhaps the most fascinating forms of Japanese beauty, and you have them all before you to enjoy as you stroll around Kyoto’s historic お寺 (otera, Buddhist temples). Many famous old temples—清水寺 (Kiyomizu-dera), 南禅寺 (Nanzen-ji), 銀閣寺 (Ginkaku-ji)—dot the landscape to the east of the Kamo River, but the attractions of Nanzen-ji are special. 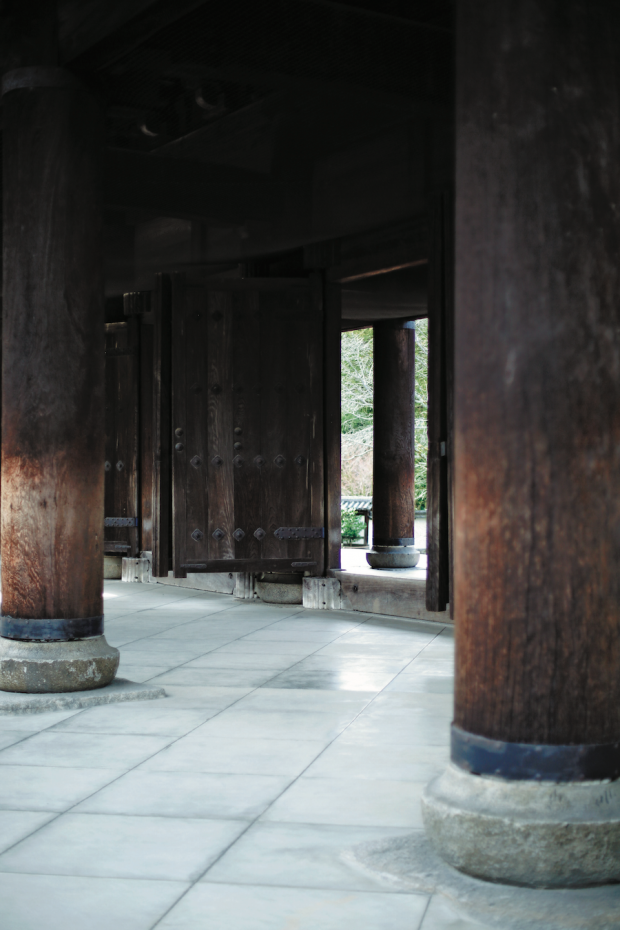 It lies in an elegant residential area against the background of Mt. Higashi, bounded on the north by 哲学の道 (Tetsugaku no Michi), the popular Philosopher’s Walk, and crossed by the strolling path that follows the course of the old canal from Lake Biwa. Nanzen-ji Temple seems to form a little world of its own with its own special atmosphere. Take time on your visit to Nanzen-ji to fully enjoy works by artists of the 狩野派 (Kanō-ha, Kanō school of traditional Japanese painting), the leading names of Momoyama period (1573-1615) art, its Japanese garden, and the classic buildings which are scattered about the temple precincts.

Stroll the temples that unfold 五山文化 (Gozan culture) for you 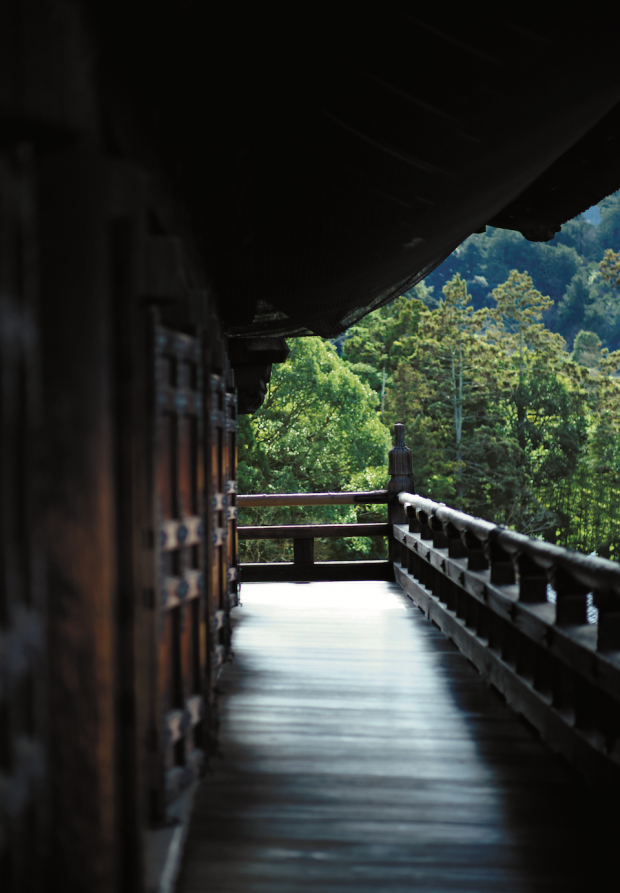 Solemn and elegant, tranquil and brilliant. You can feel the refinement all around you.

The story of Nanzen-ji begins 750 years ago, in 1264, when the reigning emperor built a retreat for his mother in the shadow of Mt. Higashi. A later emperor changed this sanctuary into a temple, with Nanzen-ji eventually being recognized as first among the 五山 (Gozan, literally the “five mountains” or five great temples of Kyoto). As years passed, its grounds became dotted with dozens of smaller commemorative 塔頭 (tacchu) temple buildings, adding further to Nanzen-ji’s important cultural role.

On three occasions the temple fell victim to major fires. The years of effort and expense that went into reconstruction of the stately structures restored the old and added new touches to Nanzen-ji, while creating a historical record through its buildings. Its stately main gate and main temple are particularly esteemed for their form and proportions, and the gate is one of the few ancient structures that visitors may climb for a magnificent view of Kyoto. The view of Mt. Higashi towering behind the classic tile roof of the main temple is particularly striking. 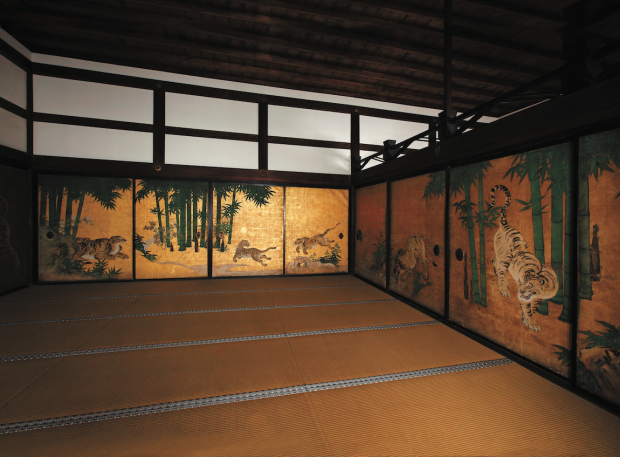 “Room of Tigers” at Hōjō, the former head priest’s chambers, located in the grounds of Nanzenji Temple.

Nanzenji Temple in Kyoto boasts a variety of works on 襖 (fusuma, sliding door) partitions by Kanō school artists. The Kanō school of painting flourished for over three centuries, and painters of this classic style left many of their most important works on the walls, panels, screens, and ceilings of Nanzen-ji’s structures. A treasure house of art from the Momoyama period, Nanzen-ji is a virtual museum of Kanō masterpieces, and the stately atmosphere of the buildings themselves is enhanced by the aesthetic excellence of the Kanō school works.

All together, the beauty of Japan as revealed at Nanzenji, offers visitors new and old never-ending reasons for their appreciation, reasons to return to enjoy one’s favorites again, and the delight of discovering something new.

More temples in Kyoto
・ Discover all of Japan’s cherished examples of beauty in Kyoto!
・ Kyoto’s temples offer the best of Japan’s beauty
・ 6 Not-to-miss sights at Nanzenji in Kyoto!